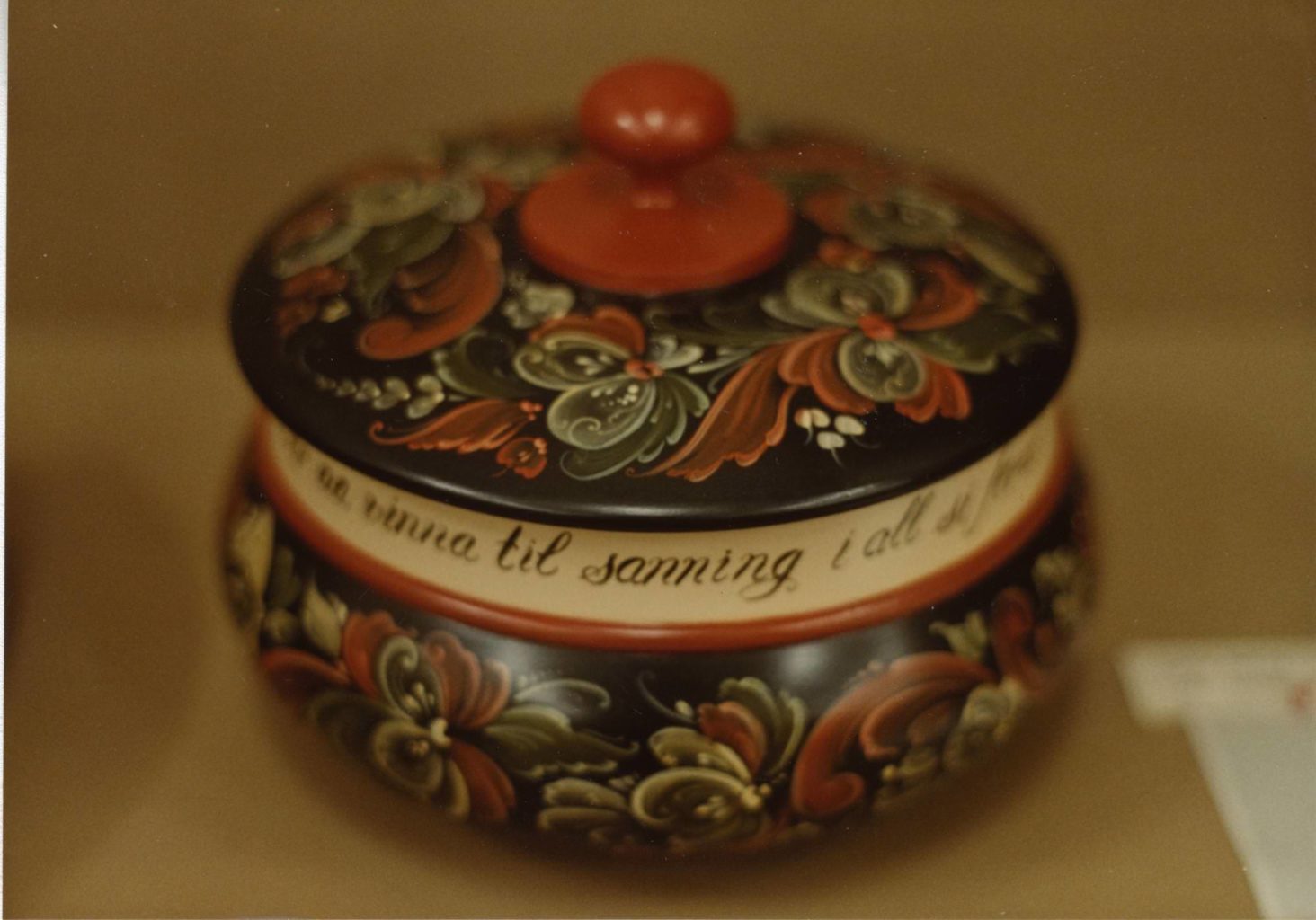 My parents emigrated from Norway in the 1920s. I grew up in a Norwegian community in Brooklyn, New York. I was exposed to many Norwegian traditions, but not rosemaling. After high school, I visited relatives in Norway for eight months. I increased my knowledge of the language and became very interested in the folk arts.

We moved to Connecticut in 1960, after which my mother asked me to paint copies of rosemaling cards. I had no “formal” training in the art. In 1970, I joined the New England Rosemaling Society, which brought teachers in through Vesterheim. We became members of Hartford Lodge, Sons of Norway, where people felt we were experts on anything Norwegian. Today, in New England, I am mostly recognized as “The Rosemaler.”

I have studied with many rosemaling teachers and have been influenced by all in some way. I have studied many styles, and I paint and teach several of these. It is difficult to name who was most influential for me. Ragnvald Frøysadal taught me most of what I know about design and its similarity to nature. I studied under Olav Fossli, Akadamiet i Rauland, for three weeks, where I was introduced to “lasering” (glazing). Fossli was a master at this. His rosemaling was an older style of Telemark, and was very unique. This is the style I paint the most. Nils Ellingsgard taught me the Hallingdal style and introduced me to many of the lesser-known styles, such as Vest-Agder, Valdres, Gudbrandsdal, Rococo, as well as marbleizing. I have accumulated a large variety of rosemaling books, and some wood carving books, plus colored folios of old rosemaling. All of these are great references, which help me work in a variety of rosemaling styles and designs, and help me keep the charms of the old basic designs.