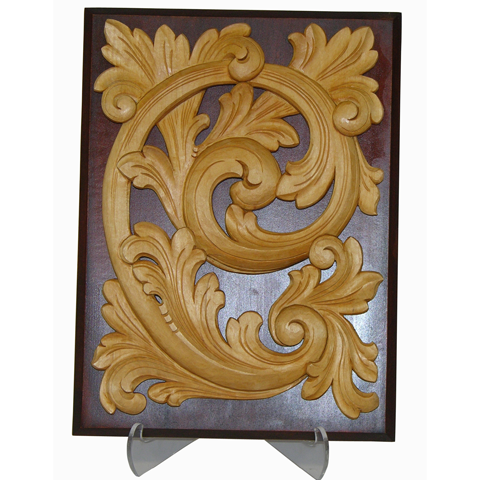 Growing up on a farm, I always had an interest in carpentry and woodworking. There always seemed to be a need for carpentry work to be done around the farm. I also enjoyed repairing and remodeling old buildings that needed repair work.

Since my grandparents emigrated from Norway to America, I took an interest in some of the Norwegian folk art that was brought from Norway. After my first trip to Nordic Fest in Decorah, Iowa, I became very interested in acanthus wood carvings. I signed up for my first acanthus wood-carving class at Norskedalen, the nature and heritage center located near Coon Valley, Wisconsin, in 1990. I was hooked!

Since then, I have taken several acanthus wood-carving classes from several master-carvers from the United States and Norway at Vesterheim in Decorah. This included beginning, intermediate, and master classes. I then began entering my own acanthus wood carvings at the National Exhibition in Decorah during Nordic Fest and earned my Gold Medal in 2000.