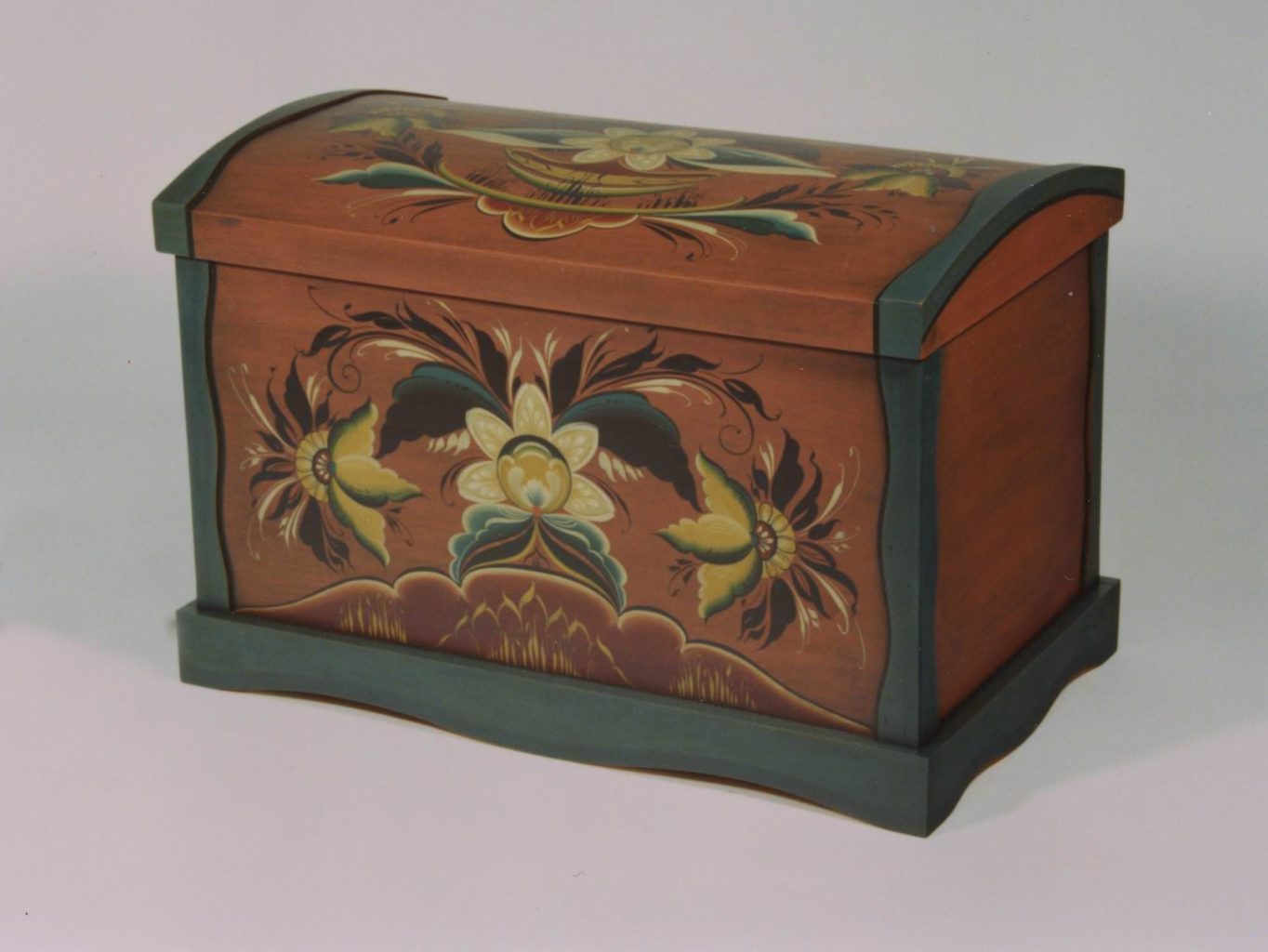 I grew up in Chicago and spent a lot of time with all of my Swedish grandparents. My interest in handicrafts and traditions was apparent, even as a child. I learned to sew and knit early on, but it was in 1974 when my husband, Bill, and I traveled up to Door County, Wisconsin, on a short vacation that painting came into my life. Vi Thode happened to be demonstrating her Rogaland-style painting outside of a Swedish restaurant, Al Johnson’s, in Sister Bay, Wisconsin. I was totally taken with her painting and bought her Beginning Rosemaling book. Bill and I are both of Swedish descent, but, nonetheless, I was immediately hooked on Norwegian rosemaling. Finding local teachers was not easy, so I began taking classes at Vesterheim in Decorah. I have studied all of the different styles of rosemaling, but Hallingdal became my favorite and it was in this style that I won my Gold Medal in 1997. I also have studied Swedish folk art and teach it as well.

I get a lot of inspiration from books about rose painting and wood carving. I sometimes just pick up one small detail in a picture that eventually becomes a complete design. Nils Ellingsgard’s books are certainly worth a thousand words! I have painted many large pieces of furniture, trunks, and recently, built-in Norwegian beds and corner cabinets in homes. After all of these years, I still love the art of rosemaling!