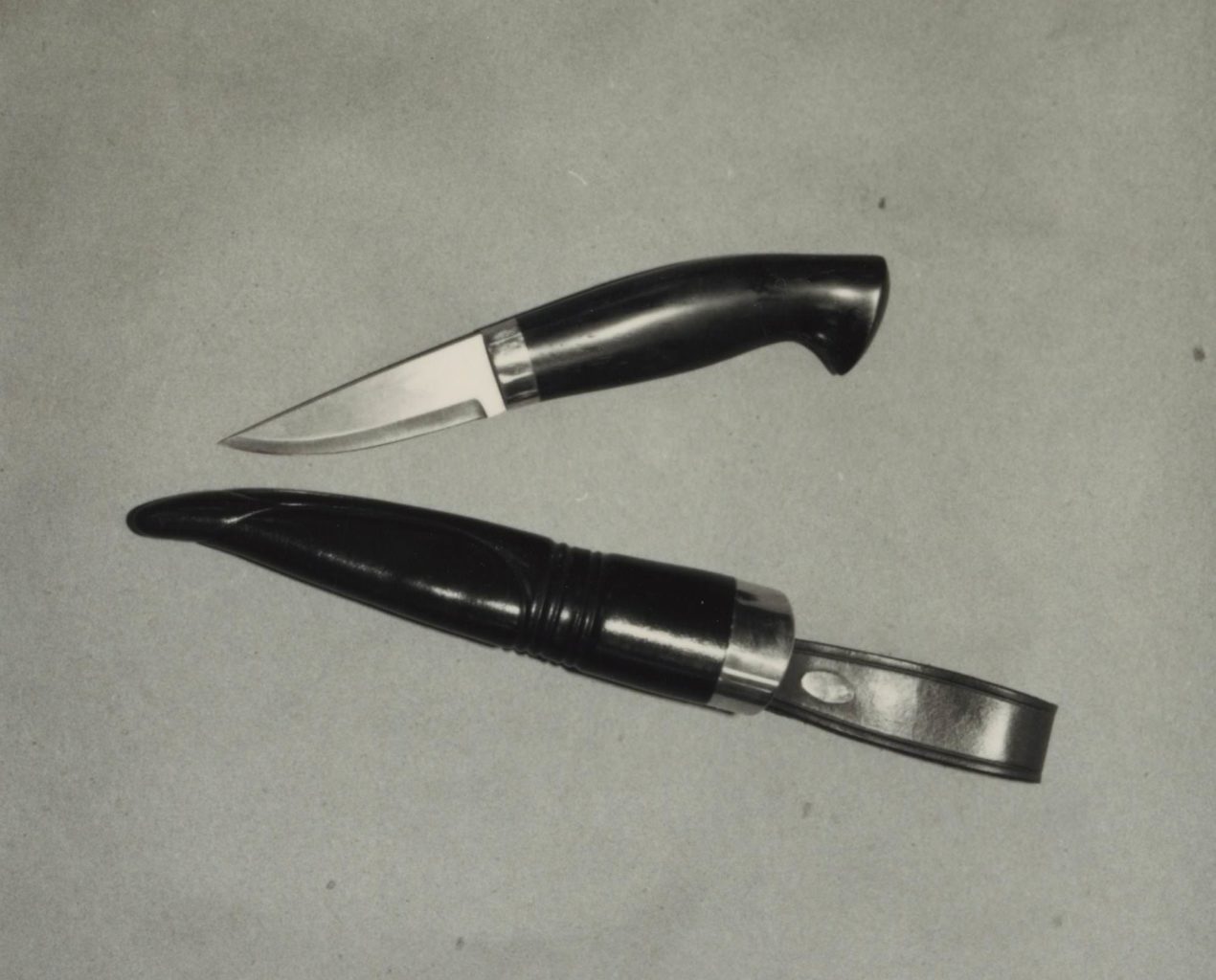 I am of Norwegian-American descent, and I spent the summers and holidays of my childhood on an authentic Norwegian-American farm. However, though I was surrounded during the time by the sights, sounds, tastes, and values of a living tradition, it was all so commonplace that I was unaware of any “traditions” at all. I knew that my older relatives spoke Norwegian about half the time, and that we always had lutefisk at Christmas, but no one told me that this was a vanishing thing and that I had best be paying attention. As a result, it was only years later that I came to any understanding of a tradition—or of a heritage—at all.

That understanding began to come when I took a knife making class with Håvard Bergland at Vesterheim in the early 1990s. I had long been interested in knives, and I was particularly beguiled by the organic unity between the tollekniv and its sheath. The sheath was especially mysterious. How could such a thing be made?

Håvard was a rigorous and generous teacher, and he was also a walking encyclopedia of Norse folk art. That initial experience led to a long succession of knife classes with other Norwegian makes, and to a widening interest in the more general traditions of Norse craftsmanship. As I gained experience, I began to discover commonalities among the disciplines. I saw knifemaking in specific and Norse folk art in general as a ceaseless quest to achieve the unity of form with function and the marriage between beauty and utility.

As a knife maker, I see myself more as craftsman than as artist, and I see the goal of craftsmanship as a striving toward the functional unity of the useful with the beautiful. That goal is certainly an essential part of the Norse knife tradition, and I know now that it applies with equal aptitude to a wide variety of other pursuits as well. It might not even be too bad as a principle by which to live.