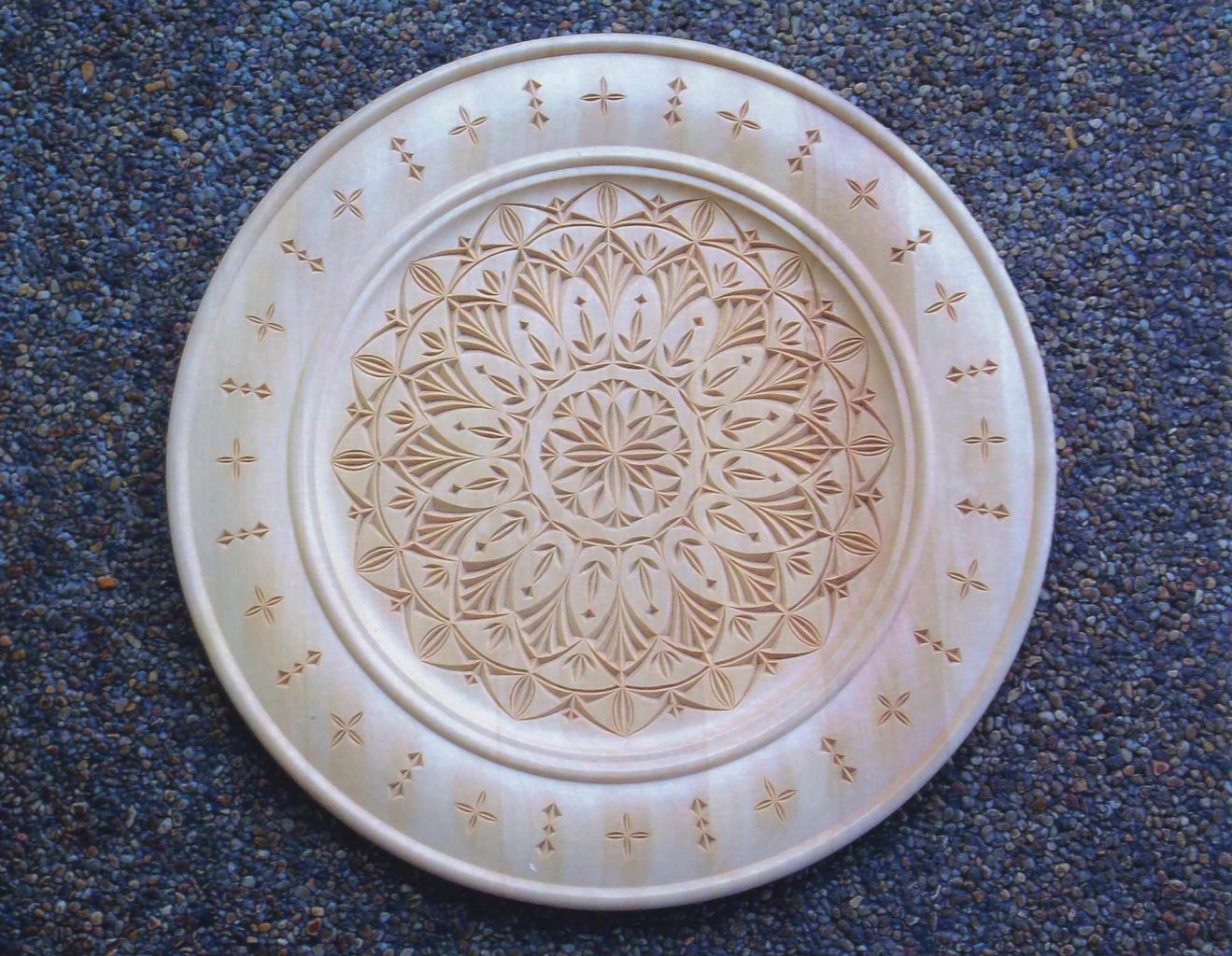 I have been in the credit analysis area for a major company for the last 25+ years. This goes hand-in-hand with my focus on detail, as would be for chip carving. I am an explorer, who enjoys the journey in the outdoors to the destination of the WOW. This has spanned 30 years covering many parts of the United States.

My carving journey began with my grandmother in Wisconsin, with her interest in rosemaling, painting, needlepoint, china painting, and lace work. This was the foundation of my mother’s interest that actually got her to participate in chip carving in her youth. For me, it was having an idle carving piece of my mother’s in the closet that stirred my interest. Those famous words, “how hard is that to carve?” The famous answer, “it is not hard at all, it just takes practice.” Was that ever an understatement, it would echo over the next 25 years of my chip carving nationwide competition.

I started chip carving by copying others’ designs and using a one-edge razorblade. Yes, believe it or not, but very sharp edges. It was a cheap way to start, but not ideal. After four years, I came to realize a more preferred tool was an X-acto knife. It is my tool of choice, even as of today. Besides the blades are very inexpensive to replace. Whatever works for you, use it.

I started chip carving as a way to make gifts for relatives and, trust me, the first couple of pieces were horrible. Then, my mother spotted a local carving competition in Waterloo, Iowa. Success came right from the start. Next, there was a story in the newspaper about Vesterheim and their Norwegian folk-art exhibition—what a challenge like no other, even to date!

Times were changing and I moved from Iowa to Florida and stopped carving for about eight years. Ready to pick it up again, I became more inspired to do better than just copying others and being better than my competition. The unique competition structure offered by Vesterheim has driven me to be more determined than even to reach that Gold Medal status. I have raised my carving skills to a very high level, I have competed in over 150 shows nationwide, earned over 800 ribbons, been on the cover of Chip Chats magazine twice, and finally earned the Gold Medal from Vesterheim. Today, all of my designs are original. I still carve as a hobby. To sell a piece is rare, as most individuals can’t put a genuine value to it for me. I’m not interested in instructing. I don’t carve year-round, just when the mood strikes me. I make about one to two major projects and four to five minor projects a year. A major competition piece will take me about two months, where a minor project can take two days.

True to the designing of most chip carving, Vesterheim has been a strong influence to demonstrate what can be done with some straight lines and a few curved flows on wood.