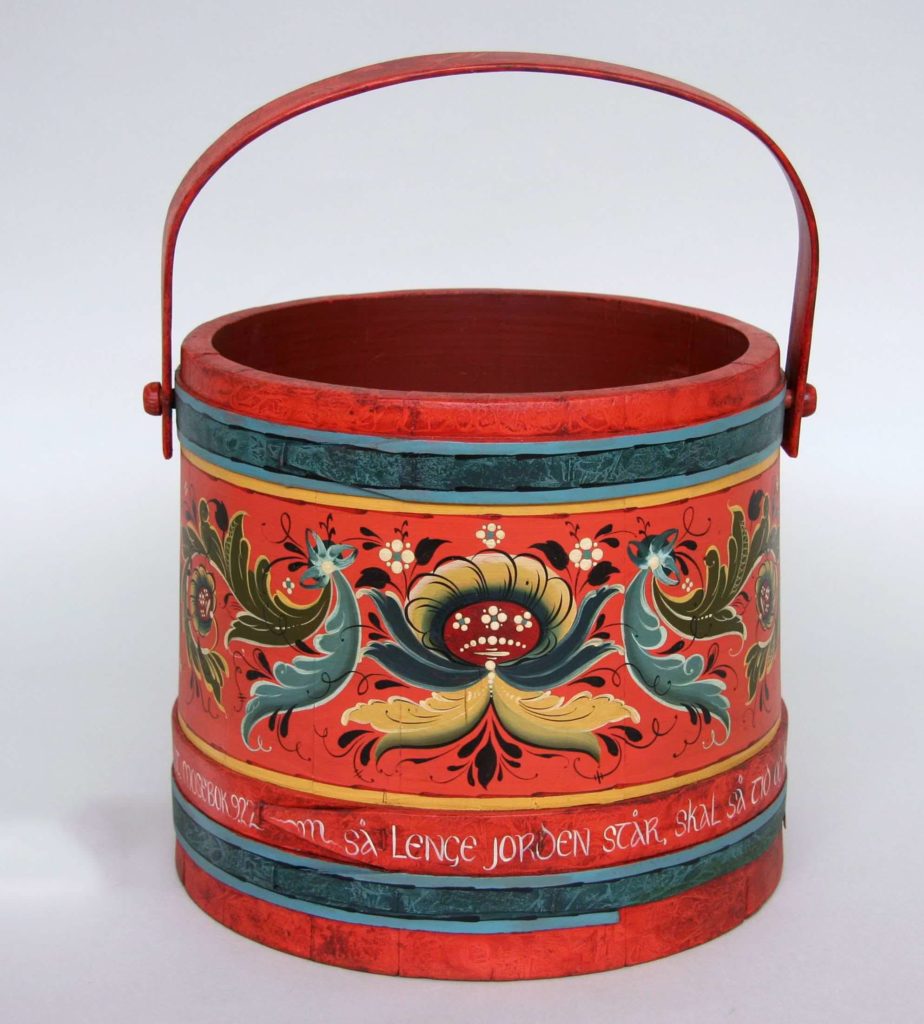 I began studying rosemaling in 1982. A weekly class being taught by a decorative painter in Tucson, Arizona, introduced me to rose painting using Vi Thode’s method of painting. Later I became involved and active in the Nordland Rosemaling Association in Grand Forks, North Dakota. The association sponsored many teachers from Norway and the United States to teach in Grand Forks. In 1986 I attended the Nordland Rosemaling Association trip to Norway to visit many rosemaling artists and folk museums. The following year, 1987, I joined Vesterheim’s folk-art study tour in Voss, Norway. The teachers were Gunnar Bø and Nils Ellingsgard.

Six later trips with Vesterheim provided a rich education in Norwegian folk art by those present-day Norwegian painters still practicing. The Hallingdal regional style and master folk artist and historian, Nils Ellingsgard has been the most influential painter for me. I love bold colors and appreciate symmetry in design. These qualities mark the Hallingdal style as my favorite. Since first exhibiting in the 1992 Vesterheim Folk Art Exhibition, the yearly process of designing and painting two special items resulted in growth and proficiency. Being awarded a Gold Medal in 2007 was a special reward for hard work and perseverance. Thanks to Vesterheim for sponsoring the exhibition and workshops in Norway.