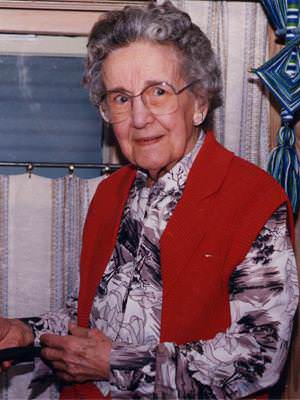 Along about the early 1950s, there appeared to be a growing demand for a new art called “rosemaling,” which no one knew anything about. Instructors were at a premium and none were available to teach it at our local Marinette Vocational School. Finally the director asked if I would be willing to teach it. I asked, “Rosemaling, what’s that?” He said, “I don’t know. I think it’s hammering on metal.” I declined.

That summer my husband and I visited Milwaukee intending to do some scouting wherever rosemaling was being taught. Our first encounter with the art was with Dagny Schee at the YWCA in Wauwatosa, which was also my first intimation that it was a native art of Norway practiced by Norwegians in the 17th and 18th century. How very interesting! My husband has many relatives in Oslo. Needless to say, an extensive correspondence soon followed with many helpful materials to come direct from Norway.

Thus began an exciting career in rosemaling. Ethel Kvalheim, Agnes Rykken, and myself were the first three rosemalers to win Gold Medals at Vesterheim Norwegian-American Museum in Decorah, which was first inaugurated in 1968. In 1970, I was a participant in the first-of-its-kind rosemaling tour in Norway sponsored by Vesterheim. It was a wonderful opportunity to meet my husband’s relatives in Oslo. Some of my works traveled to Norway in 1975 in the first traveling exhibition of American Gold Medalist Rosemaling. In 1979, it was my privilege to prepare a Christmas card design for Vesterheim.