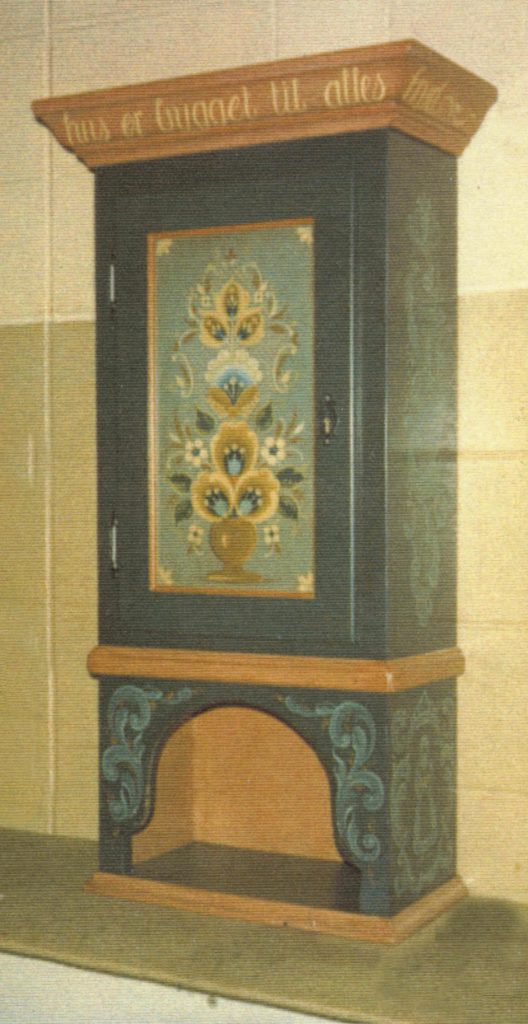 I’m a romantic when it comes to life AND my Norwegian heritage. My parents, third-generation Americans, were unusually interested in keeping their Norwegian heritage alive and we children were the prime benefactors. My folks were originally from Decorah and when I was growing up, we made frequent trips to Decorah to visit relatives. On numerous occasions we were exposed to that “spooky and dark” old Norwegian museum on Water Street. As a child, I was most impressed with the two log cabins INSIDE the museum—never even noticed the museum.

Mother was a self-taught artist and dabbled in paints and Peter Hunt Decoratives. She took one of the first classes that Sigmund Aarseth taught in Decorah and suggested that I might like to take a class while she babysat my two daughters. That was in 1969.

I would never have guessed that the intervening years could have been so rich with opportunities to see my Norwegian heritage come alive. The three trips that I took to Norway with Vesterheim were fantastic, especially the last study tour that included the Rauland Academy crafts experience…and the opportunities to study in Decorah with the Norwegians have been super.