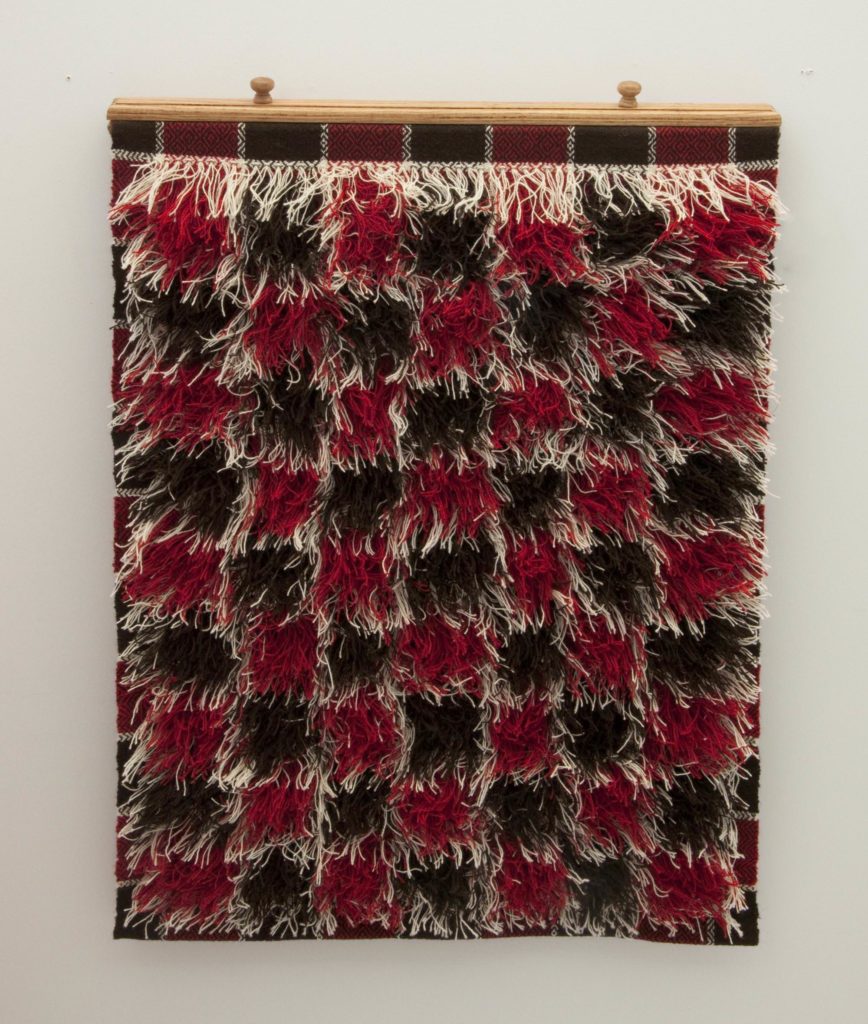 I have been weaving since the mid 1980s. My interest in weaving was sparked through the knowledge that my maternal great grandmother in Tydal, Norway, was a gifted and proficient weaver.

I feel my weaving brings back a tradition that had been lost over the years. This was an art form that began years ago in Tydal, Norway. Due to immigration and establishing a home here in America, weaving was not an interest of my grandmother or mother.

My first introduction to weaving was by the owners of the Silks and Yarn Store in Fargo, North Dakota. I took several beginning classes in weaving at this shop.

My brother, Aaron Swenson, built two looms for me. One of the looms he built was a counterbalance loom pattered after a Glimakra (Swedish loom).

I began weaving and felt I needed more instruction. I heard of Syvilla Bolson in Decorah, Iowa. She offered classes in her home. I became a regular student of hers. I attended many weaving classes at Vesterheim Folk Art School from both local and Norwegian weavers.

Due to a strong Norwegian influence and being able to speak and understand the language, I enjoy the folk art of Norwegian weaving.

My husband has been a big influence in my art form. He remodeled part of our barn into a weaving studio for me. He is an encourager and helper, and he has a great knowledge about repairing and building looms.

Over the years I have held classes for weaving in my studio. I have exhibited and received numerous awards and have demonstrated weaving and felting of wool fibers at various shows. I have exhibited woven pieces at Concordia College and the Hjemkomst Heritage Center, both in Moorhead, Minnesota. I have sold many of my pieces of weaving and made woven pieces by special order.