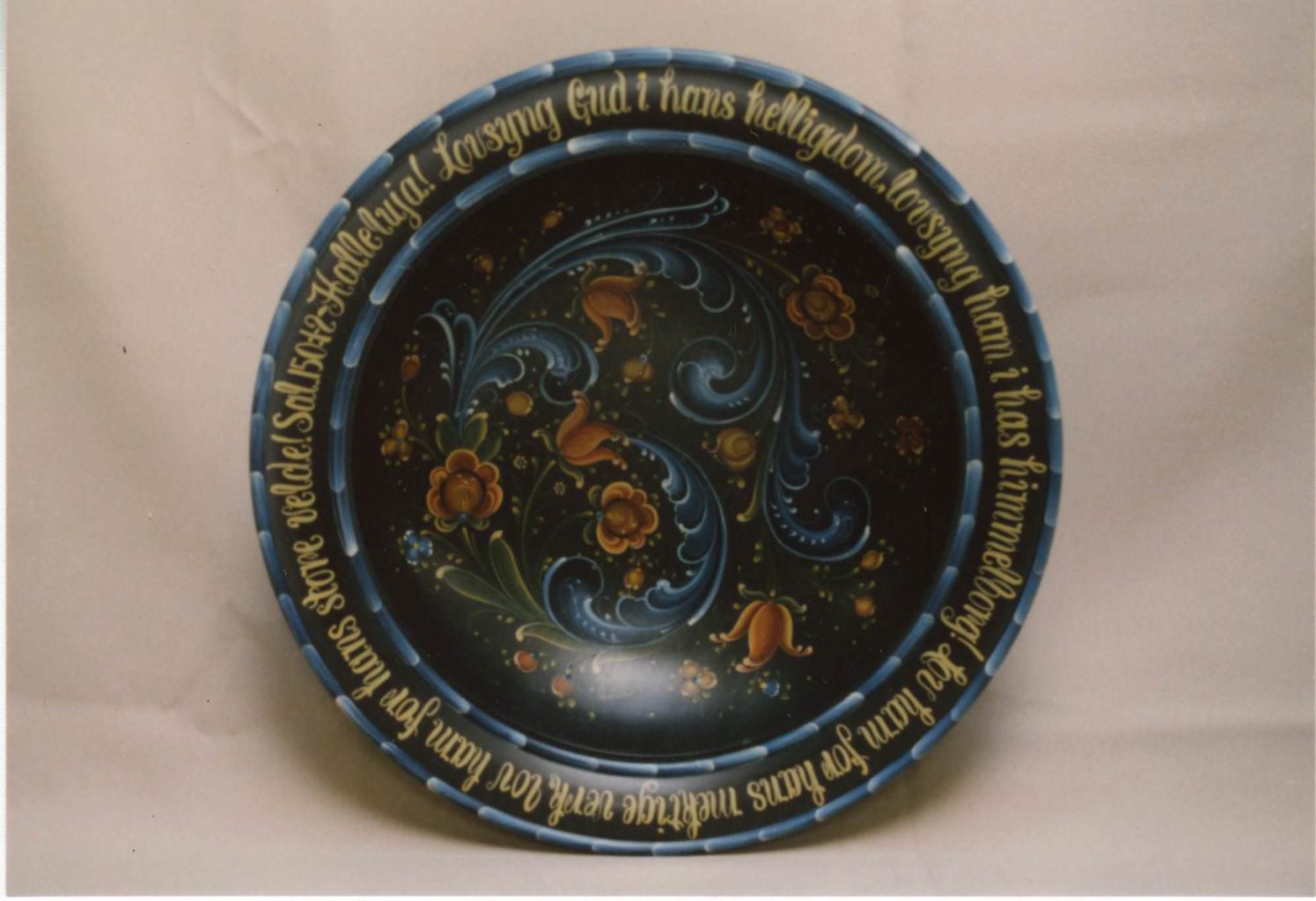 Even though I am of Norwegian heritage—both my grandmothers came from Norway—I was unfamiliar with rosemaling until I worked in a hobby/craft shop in Aurora, Illinois. There I became familiar with several kinds of decorative painting and began taking classes in Tole. The day Trudy Wasson, Vesterheim Gold Medalist (VGM), spoke to our chapter of the Society of Decorative Painters (SDP), my life was forever changed. When I arrived home, I told my husband, Al, that I was going to start rosemaling! Although I did finish the class project, Tole painting was over for me.

My first rosemaling classes were with Trudy Wasson. However, after taking several from her, she insisted that I attend more classes in Decorah, which I did. Vi Thode, VGM, and Norwegian, Gunnar Bø were my first instructors there. When I started the classes I was nervous and insecure. But Trudy sat next to me encouraging me, and I made it through!

Those first classes whetted my appetite for more. Since then I have studied with many American and Norwegian rosemaling masters at Vesterheim and on five Vesterheim tours to Norway. Each teacher influenced my painting style, as I pursued what had become my passion. Of course, earning Vesterheim’s Gold Medal in rosemaling in 2001 was a major highlight and milestone for me!

In my rosemaling experience, I have found Vesterheim to be the best place in this country to study, learn, and practice. Through rosemaling classes and the folk art exhibition, I have made many friends from across the United States and around the world. We worked, learned, and laughed together. They have become “family” to me. I shall always be grateful for the richness rosemaling has added to my life!