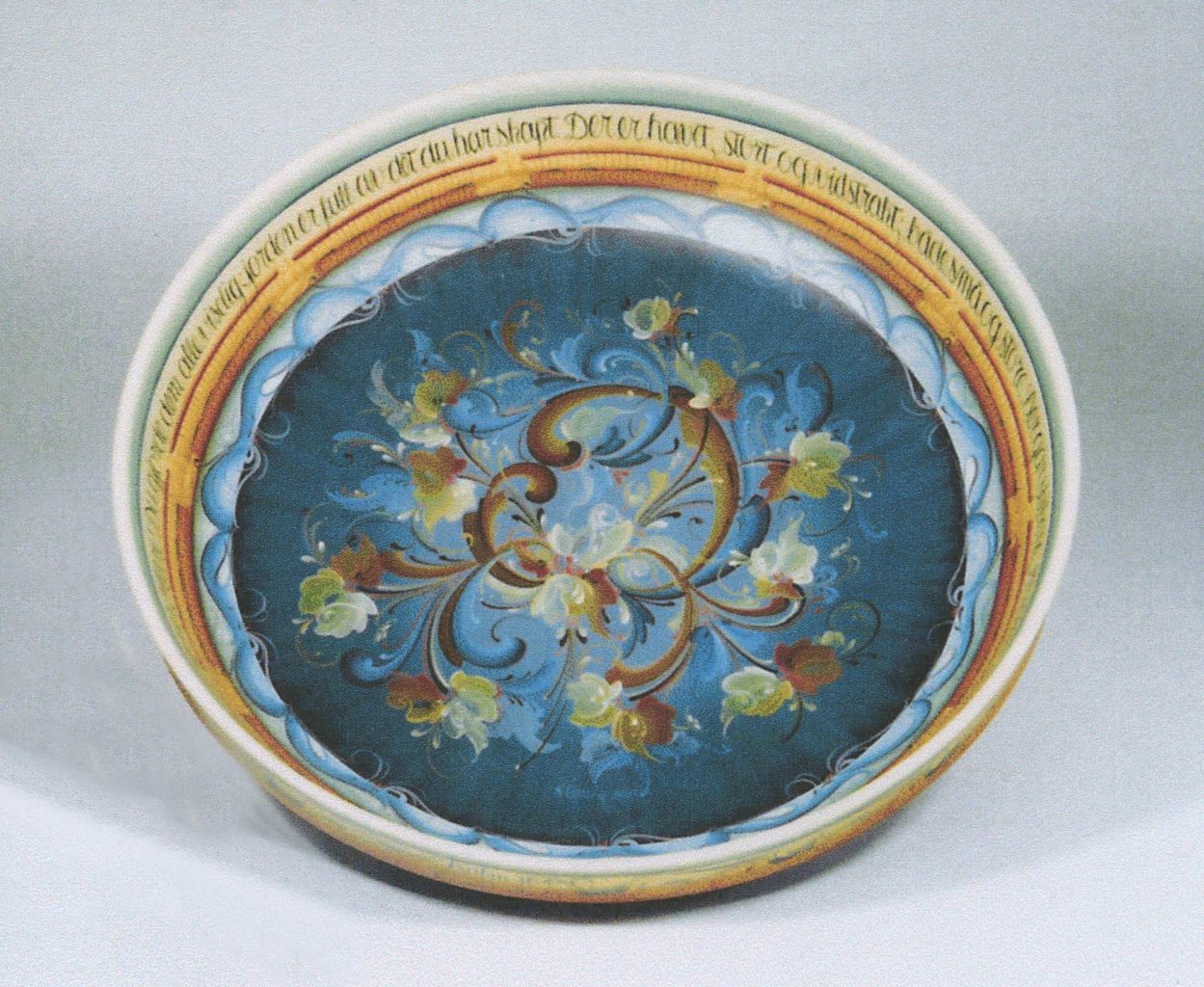 Art and creativity have always been in my genes. However, it was not until adulthood that any opportunity for study was possible. My Norwegian heritage led me to respond to the offer of a rosemaling class at a YWCA. Serious study with several of the fine Norwegian instructors offered by Vesterheim became the next step.

Each artist I studied with gave me something new to explore. It was during a Vesterheim folk-art tour to Norway that I could “feel” how the sea, the mountains, and the glaciers influenced the colors and movement in rosemaling. When painting I could transfer that spirit and vision to my inner being and right out the paintbrush—and it made me happy.

My parents inspired me to follow my need to create, but it was the Vesterheim instructors who directed me toward accomplishment. Thank You! I am especially grateful to the late Dr. Marion Nelson, Professor Emeritus of Art History at the University of Minnesota and Director Emeritus at Vesterheim, who was so encouraging in my moments of uncertainty. I feel humbled to have one of my ribbon-winning pieces chosen for the two-year traveling exhibition, Norwegian Folk Art—the Migration of a Tradition. This plate was also chosen for an exhibition poster, banner, and other media publicity. That was exciting! Rosemaling has been a major joy in my life journey. I am so thankful for those Norwegian genes!