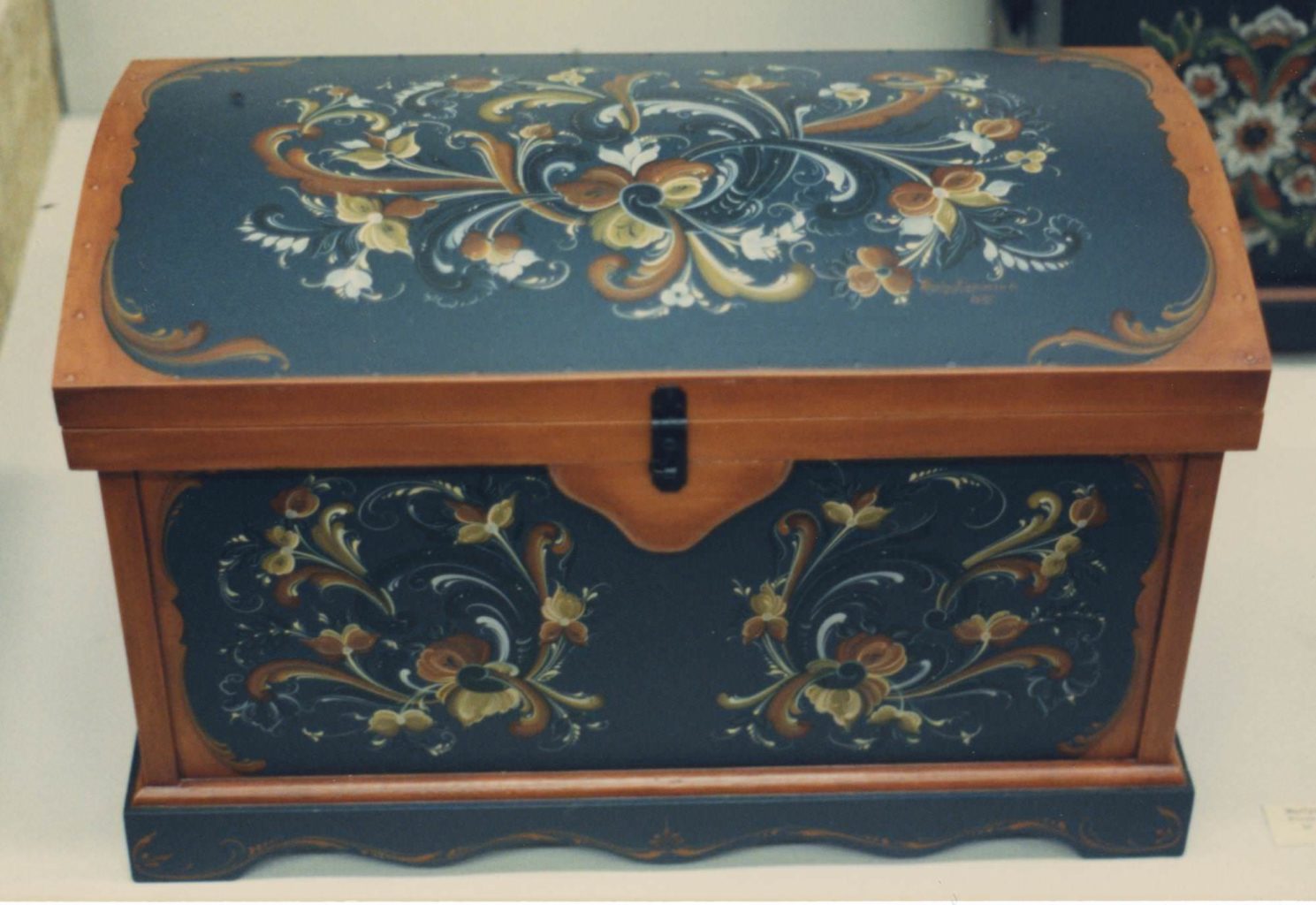 I grew up in rural northern-central Wisconsin and have always had an interest in art, whether sketching in pencil, drawing in ink, or painting. Rosemaling came into my life about 35 years ago. Trips to Vesterheim in Decorah, Iowa, to study rosemaling became a regular summer experience. I attended classes taught by many American and Norwegian artists, including Nils Ellingsgard and Sigmund Aarseth. After receiving two Best of Show awards and earning the required points at the National Exhibition at Vesterheim, I received my Gold Medal in 1990. Because education is part of my background, I have enjoyed teaching and sharing the beautiful art form of rosemaling throughout the United States and Japan. Meeting rosemalers is always rewarding, and sharing what I have learned is a privilege.

Having been born and raised in a Scandinavian home, it’s surprising not to have heard about rosemaling until I was about 40 and had a home and family of my own. My first encounter with this type of painting occurred after my mother took a class in rosemaling and shared her excitement about it with me. Drawing and painting had always been part of my life, but rosemaling was part of my heritage and my faith. I saw the “vine and the branches” (John 15:5) in the scrolls and flowers of the Telemark style of painting. Since my grandmother came from the Telemark region of Norway, it was natural to focus on the flowing, airy style of that area.

My pursuit in the study of rosemaling began with beginner classes in River Falls, Wisconsin, and continued at Vesterheim with classes from the masters of Norway, as well as artists from America. Each teacher I studied with added to my understanding of rosemaling. It would be difficult to pick one who influenced me the most. Aufield Tangen gave wonderful advice on creating designs; Olav Fossli, on beautiful line work; Sigmund Aarseth, on motion of the design, to name a few. I discovered that there is always more to learn. It’s been a wonderful experience.