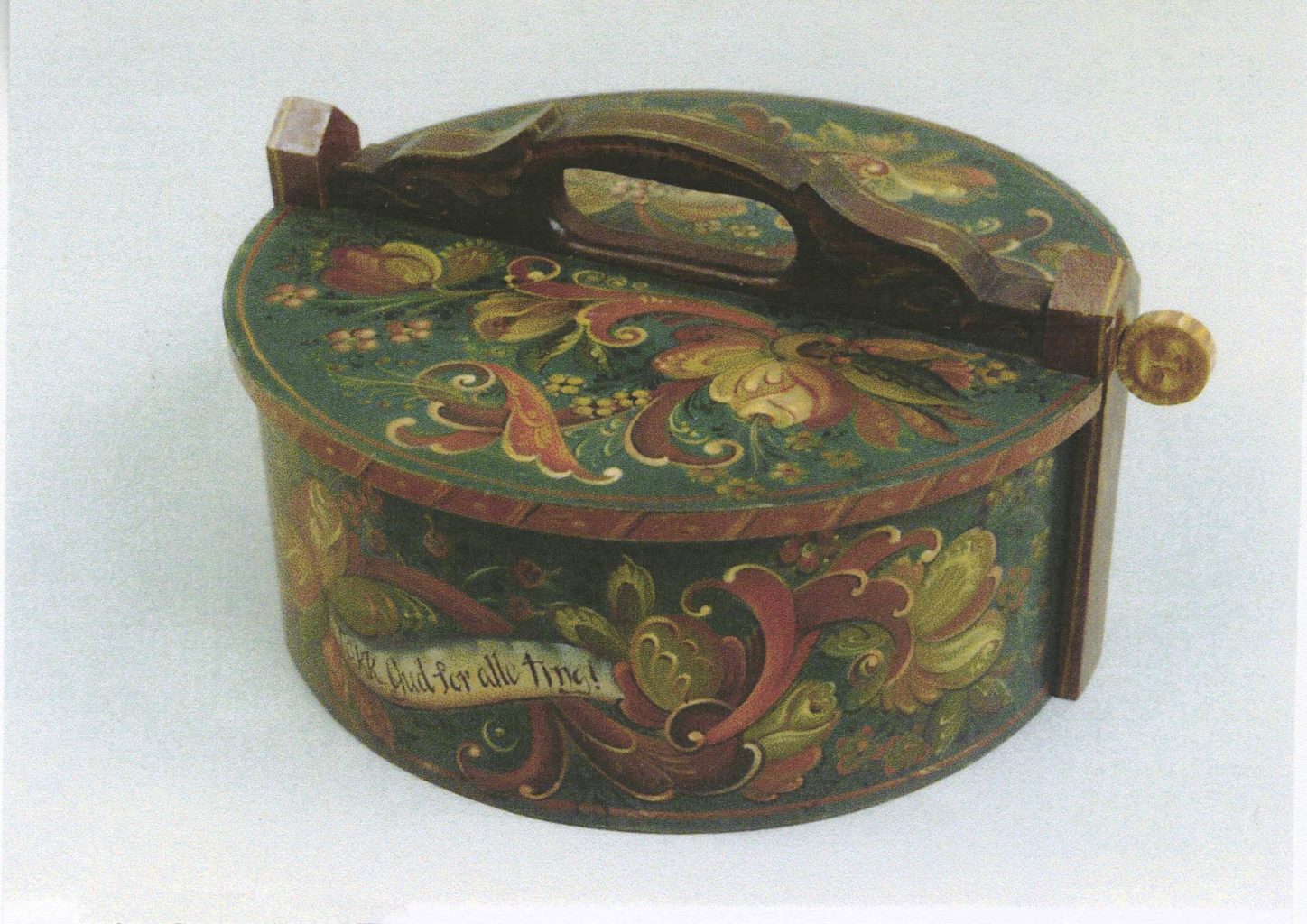 My paternal grandmother and grandfather emigrated to the United States in the late 1800s from Norway. They met in Minneapolis, married, and then moved west to Springfield, Oregon (just east of Eugene), in the beautiful Willamette Valley. Their farm was just south of the city limits and many of their children, brothers and sisters, lived there, also. We called the area “Little Norway.”

Sundays we opened the windows, weather permitting, and you could hear Norwegian music all over our small area. Grandfather was in his late 80s and early 90s when I knew him, and I spent a lot of time with him.

In my first tole painting class at the Adult Education Center in Eugene I met Gudrun Berg, a Norwegian immigrant, from Bergen. She shared several small items painted in the Os style and this started our research for more Norwegian paintings. Foreign exchange students, friends, and associates bought back pictures, slides, booklets, etc. from Norway to further my study. Eventually we learned of Vesterheim and the rest is wonderful history.

In 1974 I became a Master Teacher of the Society of Decorative Painting, awarded the Silver Palette in 1980 and the President’s Commendation in 2007, a service award. I achieved my Vesterheim Gold Medal in 1996, having achieved two blue medals in this part of the journey.

The greatest influence on my art has been the lovely artists with whom and for whom I have shared this journey. Their interest, questions, and requests have helped to keep me motivated. With their help, we have gathered a lot of information about many international folk-art traditions that were almost lost.

On my mother’s side I have Pennsylvania Dutch, English, and a little Spanish ancestry, again many folk-art traditions, so this journey has definitely been one of the heart, and I thank Vesterheim for the many programs that have helped me on this journey of discovery.