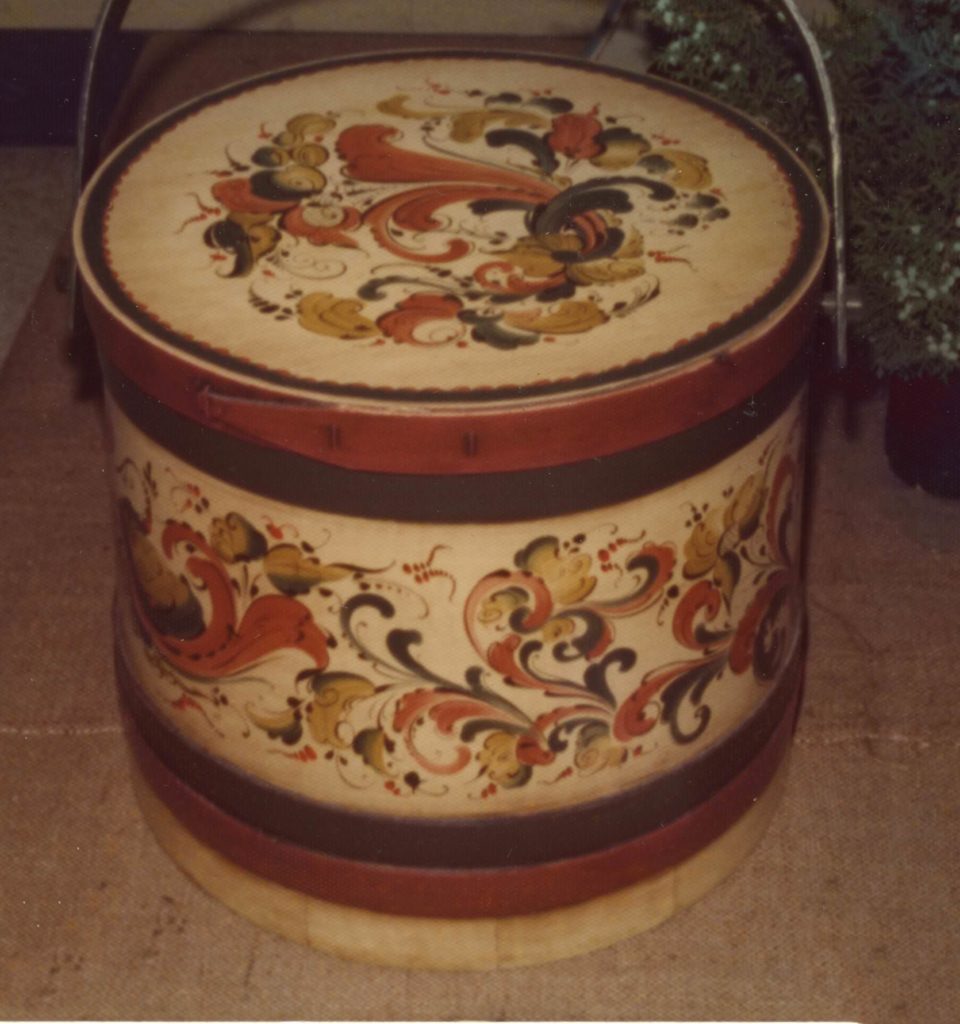 When I was in elementary school my grandmother gave me a gift, a wooden bowl to paint. Looking through the patterns the country school had on hand, I chose one that appealed to me, sealed the wood, transferred the design, and began to paint in the lines. I had no idea what the art form was called or the correct technique to paint the design.

About 20 years later, my daughter was home and said, “Mom, where’s that old bowl we used for popcorn?” I told her to look in the cupboard. When she found it, she studied it a bit and said, “Isn’t this design rosemaling?” “Oh, I don’t think so,” I replied. I was shocked when I realized it was and even more amazed when I realized that even as a child this form appealed to me, and is now my life work. This bowl was displayed at the Minneapolis Art Institute in 1992 and Weisman Art Museum in 1989.

I had my first class in Norwegian rosemaling in 1972, using oil tube paints on an oil base background. When I began, I painted 10 to 12 hours a day. I became allergic to the paints, turpentine, and oil, and by 1986 I could no longer use this medium.

I had to make a decision, to quit painting or find a new medium. I was the sole bread-winner and that left no choice. Purchasing acrylic paints and struggling with oils was as different as night and day. A few customers would not purchase my work because of the switch. “I was not painting in a traditional medium.” Change is so hard. It took a few years to get the transparency I had achieved in oils and the spontaneity and movement back.

When I receive a commission to work for a business establishment or private home-owner, the first thing I do is visit the site, listen to their ideas, and study color possibilities. Returning home I create a cartoon to scale in my design and color selections for their approval or disapproval. After my adjustments are made, an estimate of the cost is given and I try to stay very close to this. Upon my arrival at the site, I begin to set up my workspace and mix paints for the entire job (keeping close track of working hours and mileage). If figures or lettering are included in the design I will use chalk to loosely sketch them in. Always with some trepidation I begin and hope they will be thrilled with the final result.