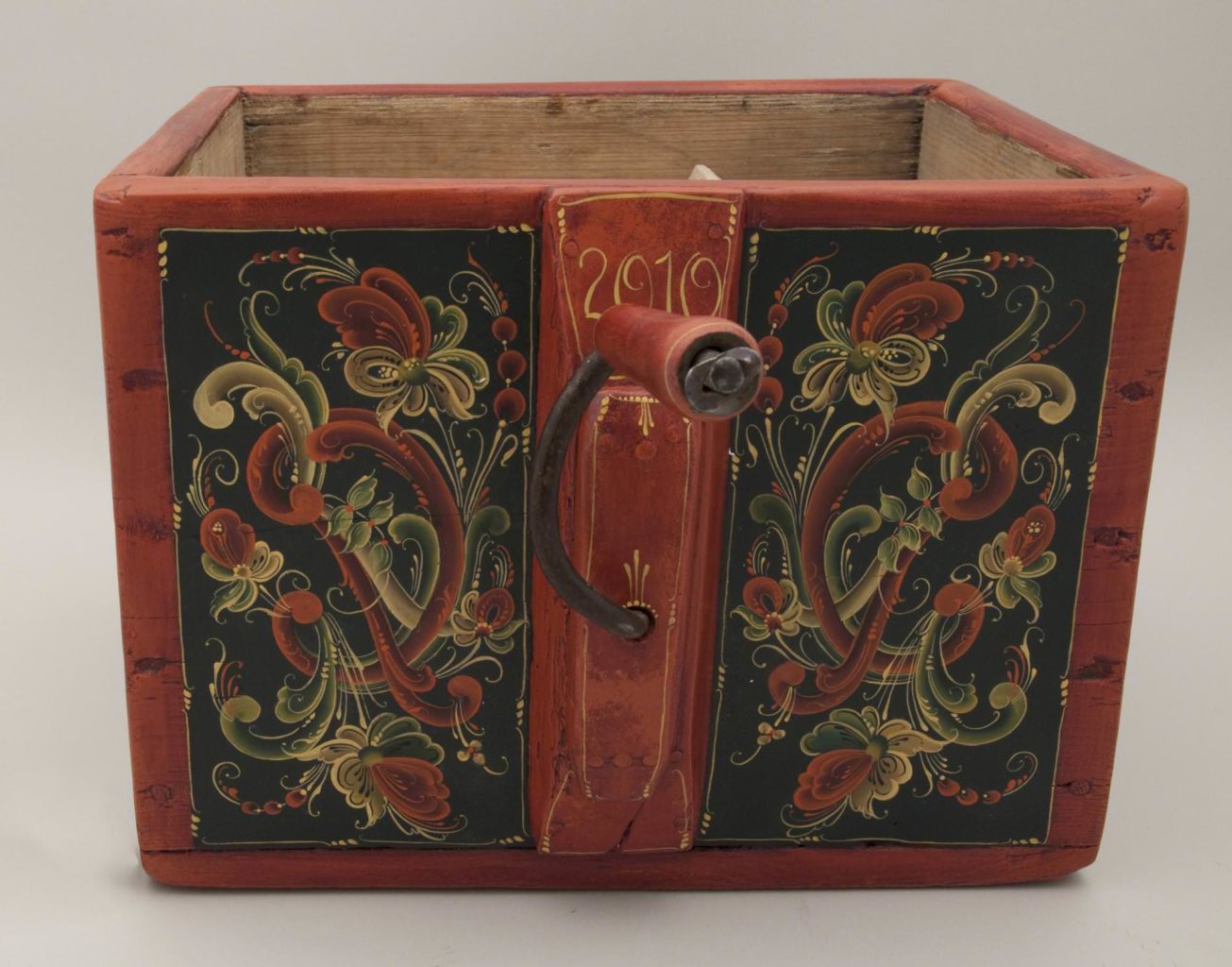 I began rosemaling by attending decorative painting conventions once a year in the 80s. I took classes from Vi Thode, Gary Albrecht, and Ruth Green. Unfortunately, it would be only for one day a year. Then I found out about Vesterheim . . . and so my eastward trek from Colorado to Iowa began. The American teachers that were the most inspirational to me were Joanne MacVey, Eldrid Arntzen, and Marlys Hammer. I have also studied under many Norwegian rosemalers. The most influential to me were Sigmund Aarseth, Turid Fatland, Sigrid Midjas, and Kari Petterson.

The Telemark style has always had the most appeal to me. It has such graceful movement in its form of free-flowing scrolls, flowers, and long stems. This allows for wonderful freedom of design and creativity.

Vesterheim has been like a beacon to me. It is always offering classes and opportunities to learn this art. It has had such a profound influence on me. And where would we be without Vesterheim’s collection to study pieces with rosemaling. Also, enough cannot be said about the camaraderie at Vesterheim—to be among those who have the same love of a wonderful art form that you have.