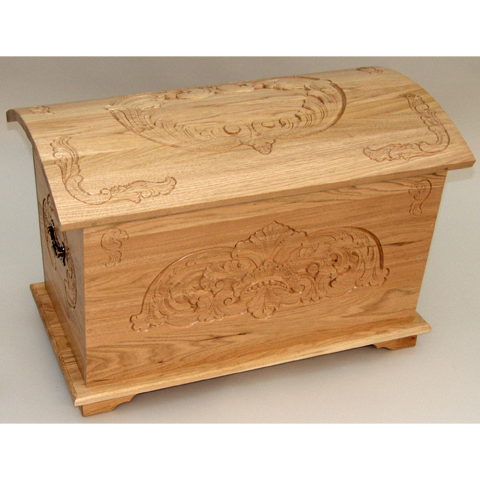 My mother and her brother, Paul Agrimson, started my woodcarving career in 1985. My uncle gave me a kubbestol blank to carve! Our tools were hand-made from old files and saw blades. I soon realized, being a slow-learning Norwegian, it would take several lifetimes to carve the acanthus style. That began the search for carving classes. I have learned from 11 instructors in subjects that range from carving to painting in the Norwegian tradition. After retirement in 1990, I opened a woodcarving shop in Minneiska, Minnesota, and still enjoy the challenge and taking more classes.