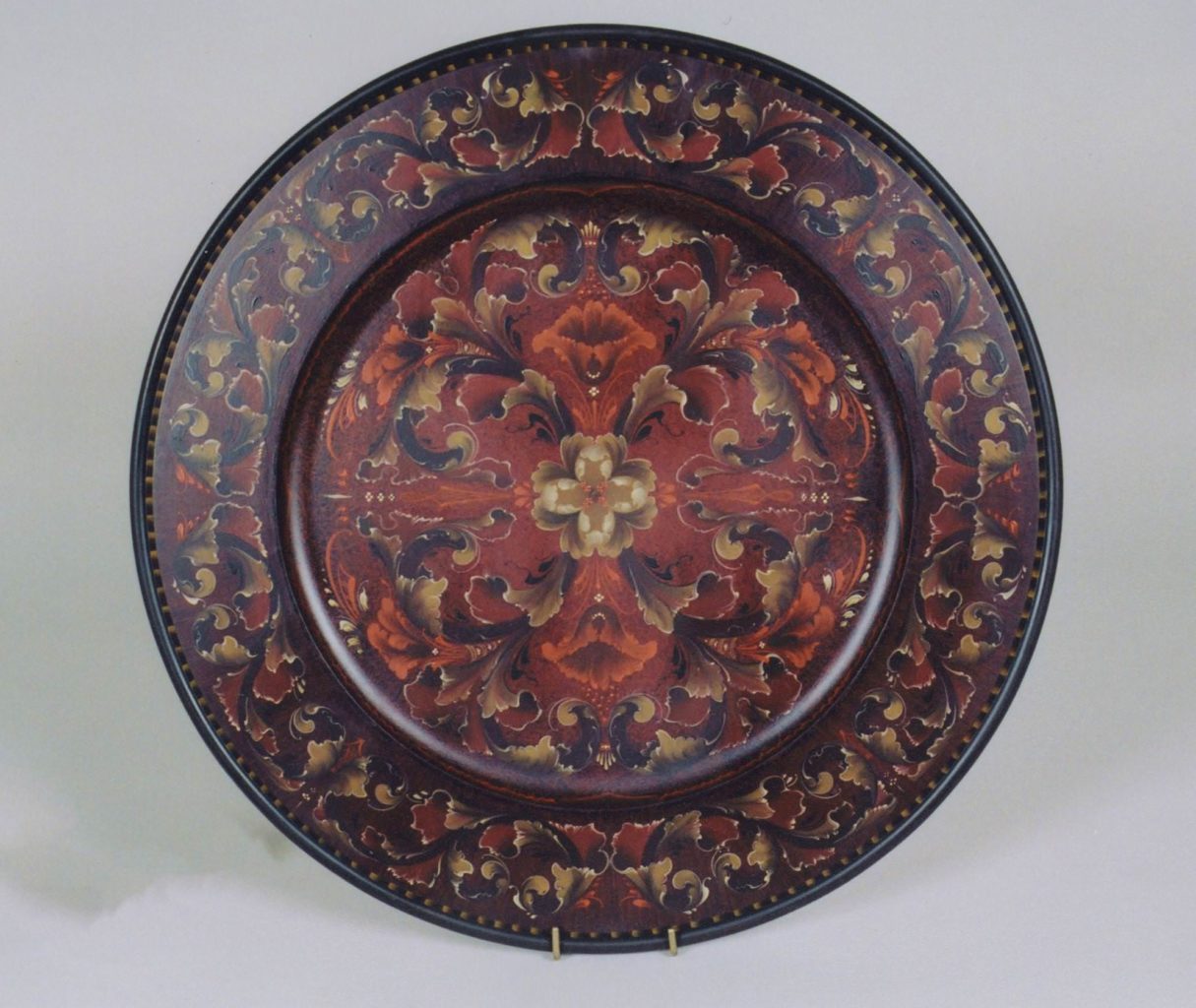 Fourteen years ago, a friend with whom I used to take tole painting classes asked me if I wanted to come to a rosemaling class with her. Rosemaling was completely different because the touch of the brush was very difficult.

Three years later, I entered in the Milwaukee show for the first time and placed first. That is when I started to become interested in rosemaling. I took many classes taught by different Gold Medalists. I respected all of these painters because they were such wonderful people. The students with whom I took the classes were also very kind and fun. I appreciate the fact that I was able to be involved in rosemaling in such an enjoyable environment.

In the year 2002, Nancy and Dan Schmidt suggested that I enter Vesterheim’s National Exhibition of Folk Art in the Norwegian Tradition. I was very happy because without them, I would not have had the courage to enter in that show.

I would like to learn more and more about this beautiful painting, and it would nice if I can introduce rosemaling to many people.