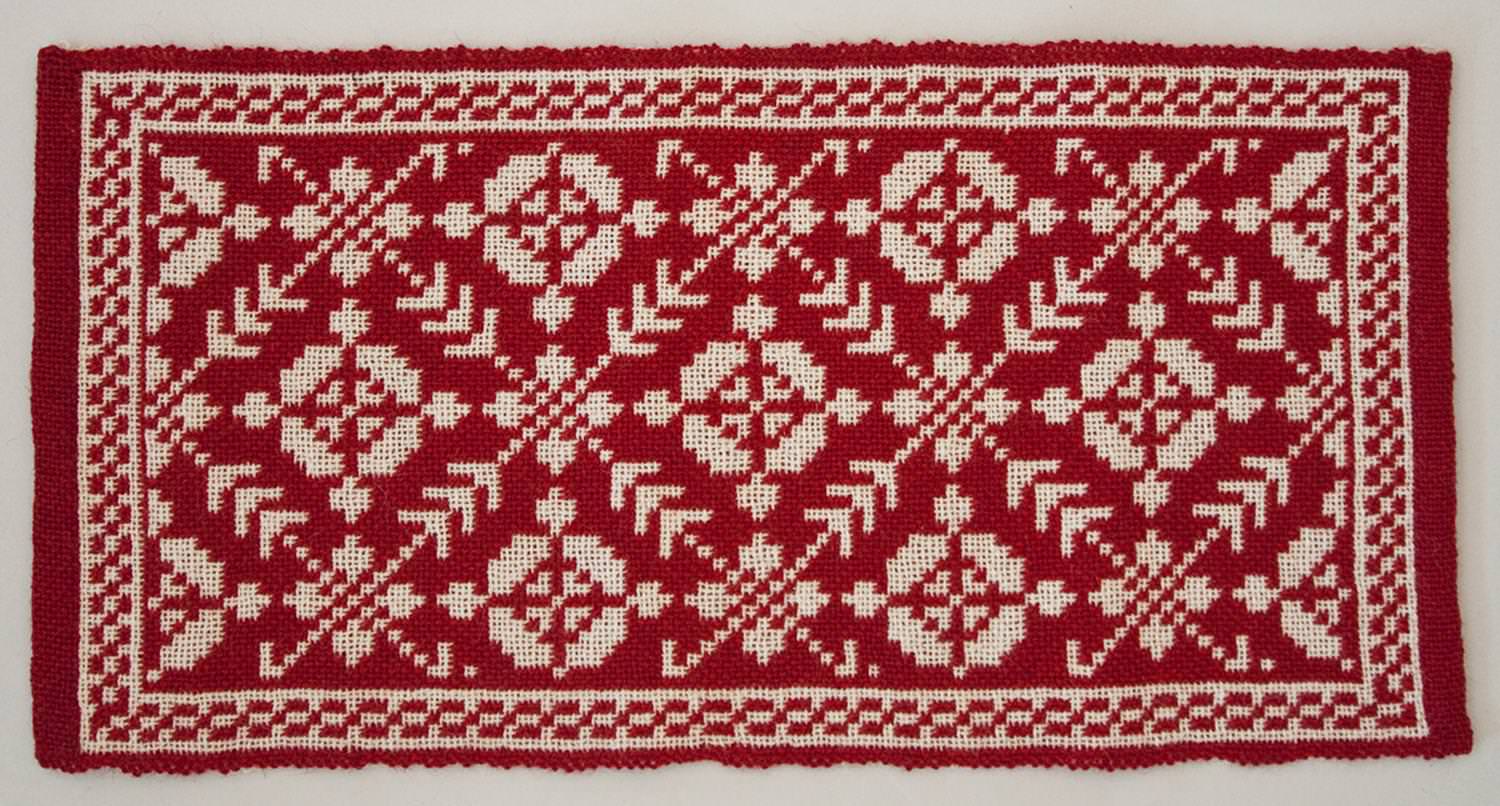 My great-grandparents emigrated from Norway in the 1850s, locating in northeast Iowa and in Bosque County, Texas. I grew up in Decorah, in a home steeped in my Norwegian-American heritage. In high school and at Luther College, I knitted sweaters from my own designs, yet did not do traditional folk art. My mother, Grace Nelson Rikansrud, volunteered at Vesterheim in the needlework area. Through the classes she took from Norwegian instructors, she became the local expert in many of the traditional needlework techniques. It was only natural to follow in her footsteps, except my path was in weaving.

I began weaving in 1972, exploring different designs and techniques, and utilizing different types of looms. My first teacher (and mentor) was Lila Nelson, then Vesterheim Curator of Textiles. Lila, along with her husband Marion, encouraged my weaving. In each of two separate exhibits that Marion curated in Norway, he included one of my weavings. Lila, Ruth Reitan, another weaver and early mentor, and I were all charter members of the Oneota Weavers Guild, which today is actively involved with demonstrating at Vesterheim. And to this day, Lila remains a very dear friend. I also took Vesterheim classes from just about every weaving teacher brought in from Norway. Although I have studied many techniques, I most enjoy designing and weaving using the traditional Norwegian double-weave pickup (reversible and non-reversible) technique. My original designs are influenced by traditional folk patterns, especially Norwegian, Native American, and Alaskan. A second love of mine, cats, can be seen depicted in many of my weavings.

In addition to the wall hangings, table runners, and pillows that are a part of my Vesteheim Gold Medal artistic body of work, my weavings include church paraments and pastor’s stoles. I also weave many household items, including baby blankets, chairseat covers, placemats, dishtowels, and bedspreads. And if you see me out and about, I am often wearing clothing created from cloth I’ve woven.