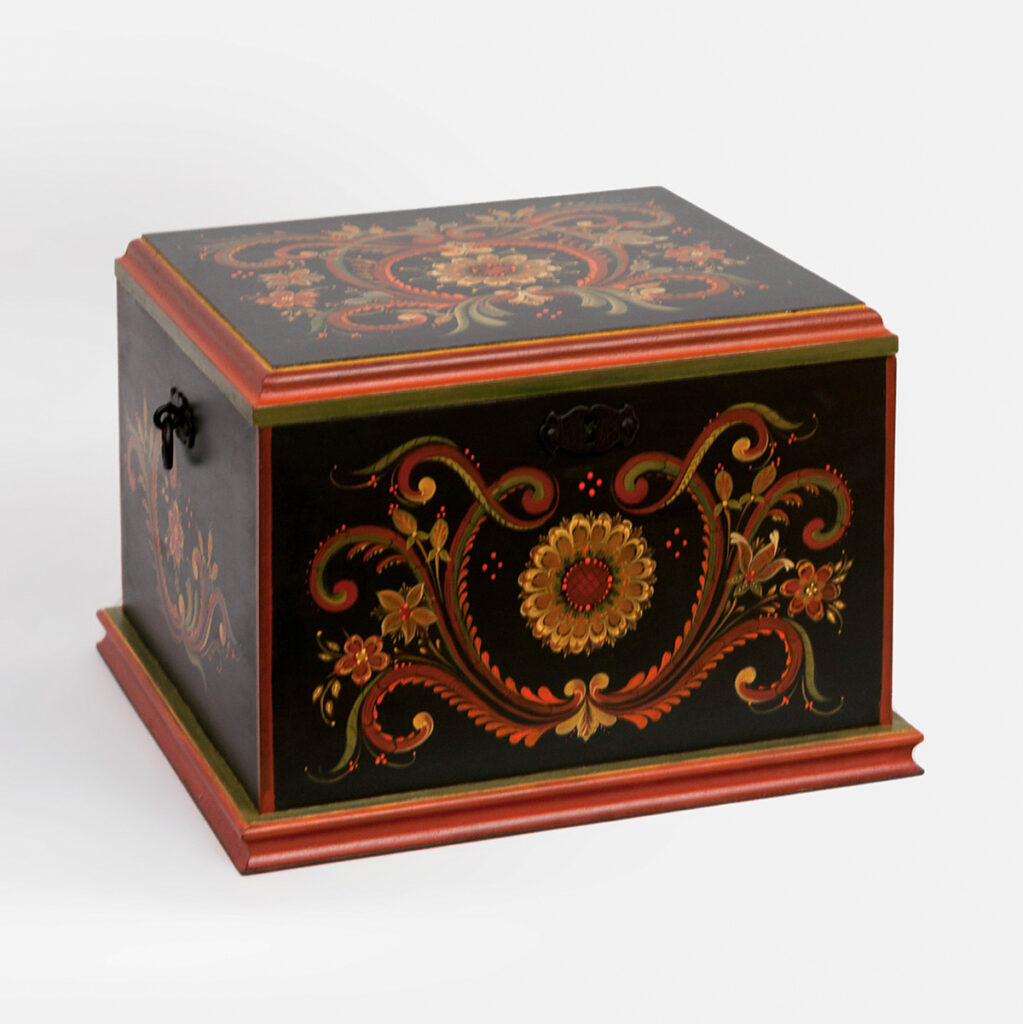 The palette that I use in my rosemaling echo’s the colors found in the shimmering clear coastal light of the West Coast of Norway; the red from the brick of the church where my grandparents were baptized and confirmed; and the ochre and the bright yellow of the sun as it reflects off the waters surrounding this city. The green in my painting is from the farmland of Rogaland, especially the Fosse farm where the Vikings lived and were buried. The freedom and movement found in my rosemaling mirrors the traditions of my ancestors and the adventure that both my grandparents embarked upon as they left Norway to find a new life.

I am humbled to have received a Gold Medal in 2022 after earning ribbons on five pieces, including one Best in Show in 2017. My journey continues as I learn from the old and create designs that come from my soul. It is my true joy to share my passion, enthusiasm, and knowledge of rosemaling with others.