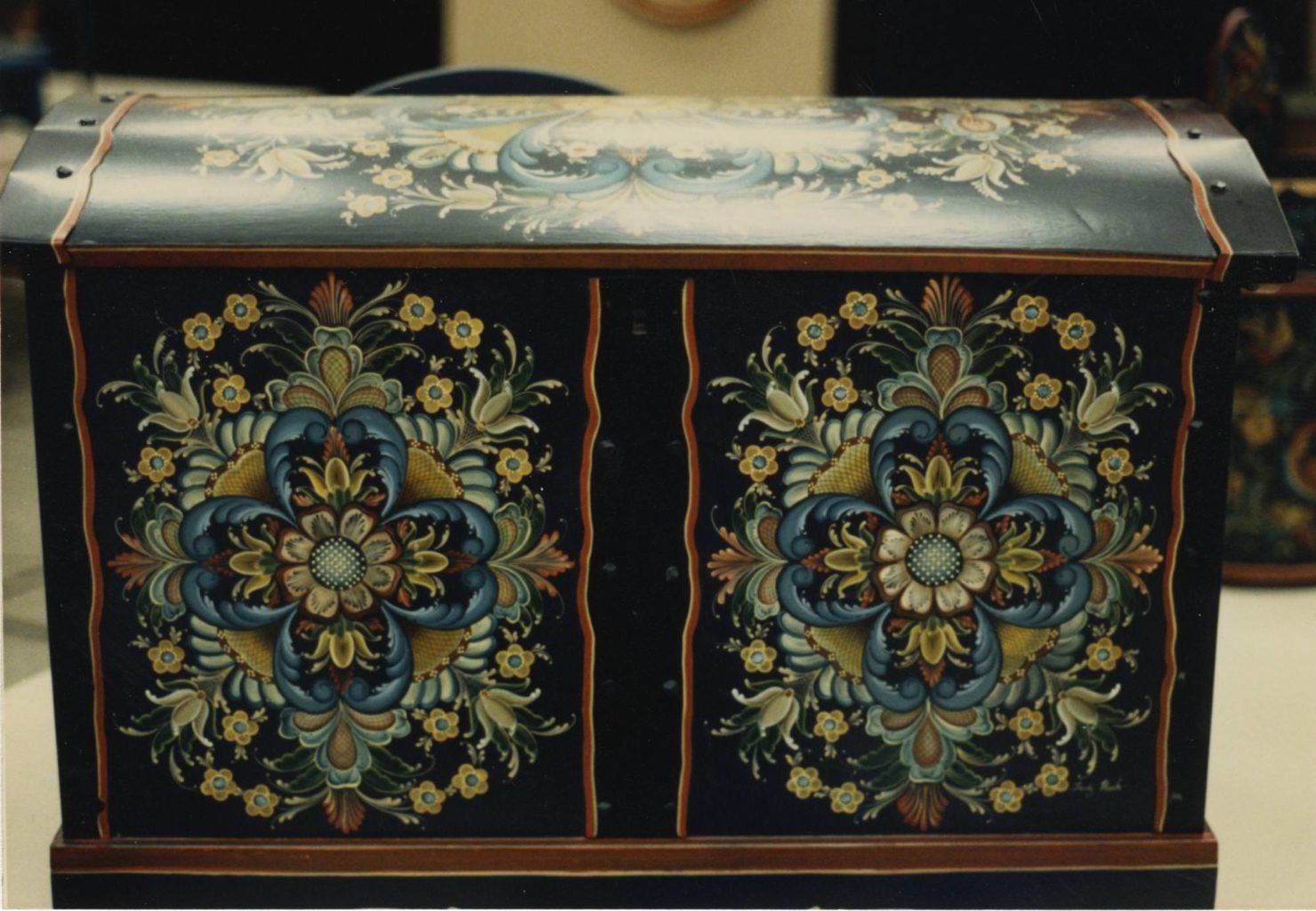 My interest in Norwegian culture and heritage started to take root during childhood. While growing up in Wisconsin, we lived close to my mother’s parents, who were steeped in their Norwegian heritage. My siblings and I would frequently be found at my grandparent’s farm listening to Norwegian songs and learning the Norwegian table prayer. These are some of the fondest and richest memories from my childhood.

Having gained an appreciation of my Norwegian heritage from my grandparents, I was intrigued when, during high school, I came across a library book containing pictures of Norwegian rosemaling. In particular, a picture that captured my interest was a beautiful Rogaland panel painted by Bergljot Lunde. It was at that time that I became fascinated with the art of rosemaling and decided that one day I would learn this rich cultural art.

My first opportunity for learning to paint rosemaling came while living as a newlywed in Milwaukee. I found the technique taught during this class was not to my liking and I would not take another class until a few years later. After moving to Minneapolis, I enrolled in a class taught by Helen Blanck. It was during this class that I first learned about Vesterheim and sought additional opportunities there.

My first class at Vesterheim was in the late 1970s with Vi Thode. I studied under Vi for two consecutive years. Then Bergljot Lunde, the artist who first caught my interest during high school, returned to Vesterheim as an instructor. I was inspired by Bergljot’s great sense of color and soaked up her instruction. In addition to Bergljot, I enrolled in classes taught by other Norwegian instructors and American Gold Medalists.

The most influential person and strongest encourager during my early years of painting rosemaling was Dr. Marion Nelson. As I progressed, seeing the Vesterheim collection and exhibits during Nordic Fest kept me inspired to pursue new ideas. I still find it exciting to learn new techniques, develop styles, and shape the beauty that evolves while painting a bare piece of wood. My life has certainly been blessed in the most wonderful way by learning and pursuing the art of my ancestors, Norwegian rosemaling.