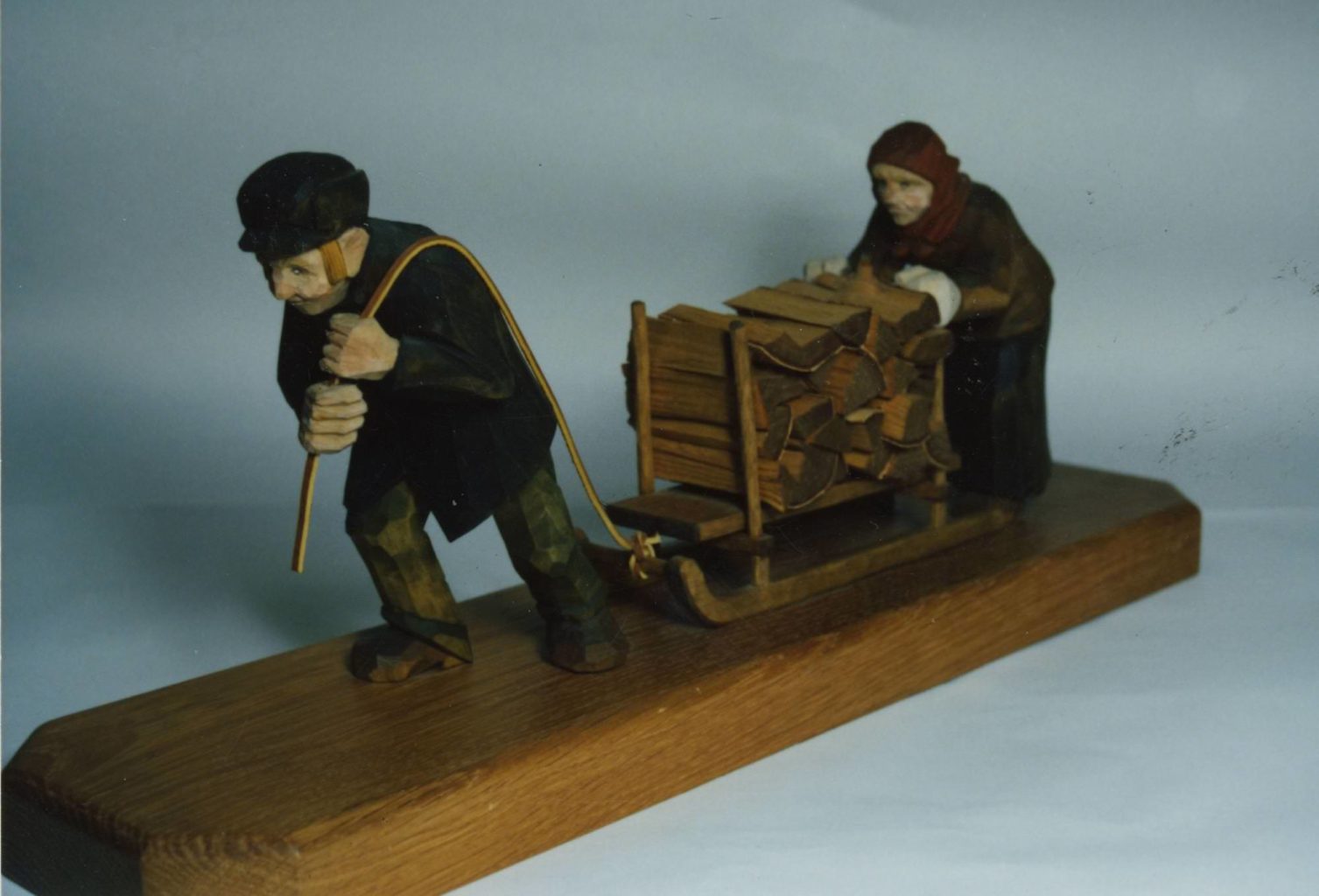 Harley Refsal grew up on the farm near Hoffman, Minnesota, homesteaded by his Norwegian immigrant grandparents. A woodcarver since the l960s, he has been teaching workshops and seminars throughout North America since the early 1980s—and later, also in Scandinavia. He is especially known as a torchbearer and popularizer of what has become “Scandinavian-style flat-plane figure carving.” He moved to Decorah in 1972 to work at Luther College, where he held a number of different administrative positions and also taught courses in Norwegian language and culture. He holds the title Professor Emeritus of Scandinavian Folk Art.

A charter member of Caricature Carvers of America, he has researched and written five books and numerous book chapters and magazine articles on Scandinavian figure carving, and has served as an invited guest curator for a number of exhibitions. In 1996 he was decorated by the King of Norway, receiving the St. Olav Medal for his contributions to Norwegian folk art—especially figure carving—in Norway as well as in North America. In 2012 Refsal was named Woodcarver of the Year by Woodcarving Illustrated Magazine, and he has also been featured in the PBS Peabody-Award winning television series Craft in America.