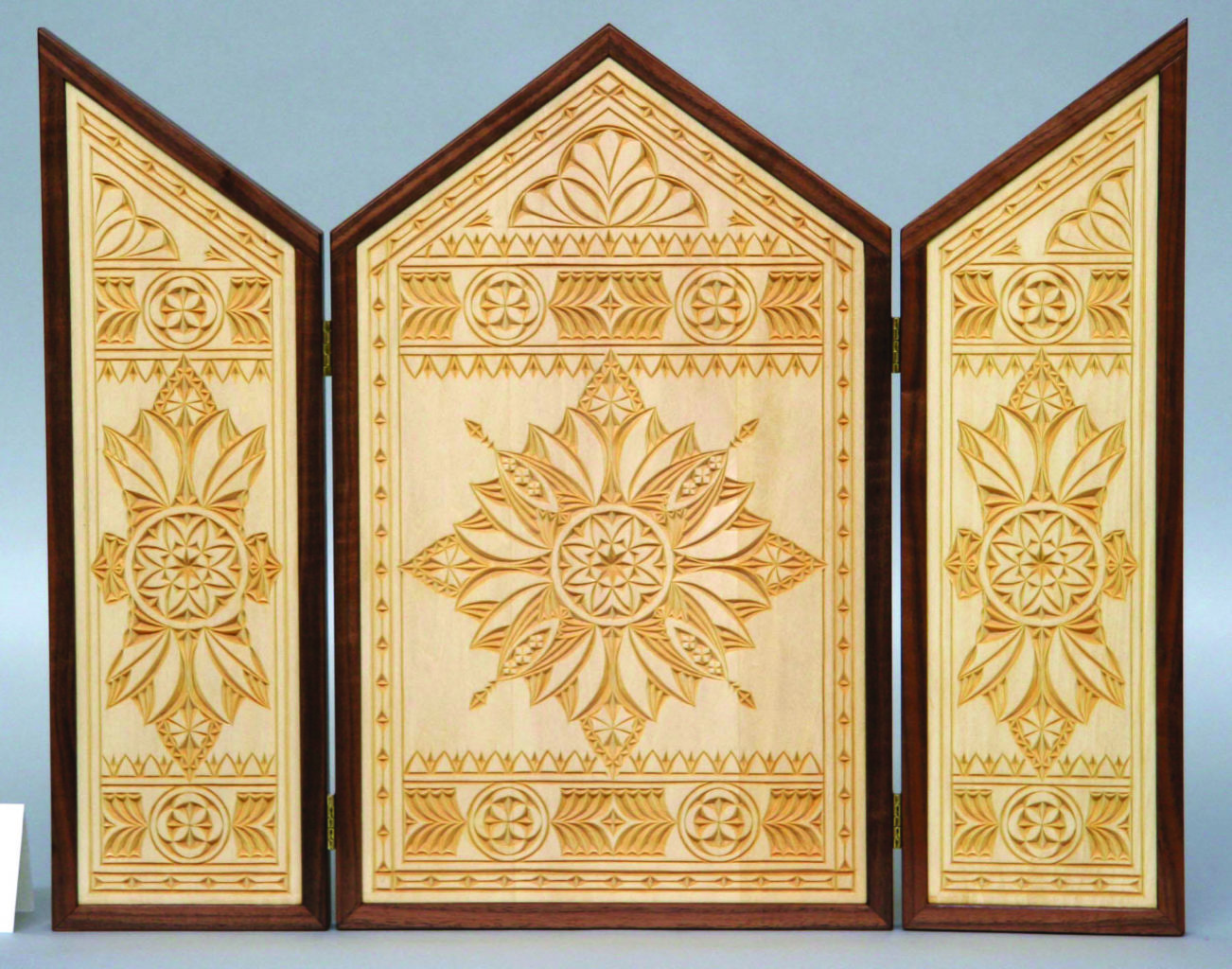 When I got interested in woodcarving and started concentrating on chip carving, the aspect of design as a way of embellishing wooden objects was a strong influence and driver. Soon, I became aware of the great and long history of this carving method that reaches into Norwegian craftsmanship. Many of the designs used by early Norwegians have tremendous graphic detail and I find it very challenging to try to duplicate and use them as a basis for some of my own designs. It amazes me the precision shown in many early Norwegian carvings with the tools that were available in those times.

I try to mix the designs from many sources in my work; however, I find Norwegian art and carving designs to be a constant source of ideas. I also like many of the Norwegian furniture designs and draw upon those as inspiration for some of my projects on which I add chip carving.

In 1999 I took a chip carving advanced class with Mr. Wayne Barton. That class and his encouragement were, and still are, great influences on my carving. Participating in the juried National Exhibition at Vesterheim has also been a large influence. It has encouraged me to constantly strive to produce good work that is accepted by the international judges. Attaining a level of recognition by being awarded the Vesterheim Gold Medal is a continual source of pride and accomplishment for me.