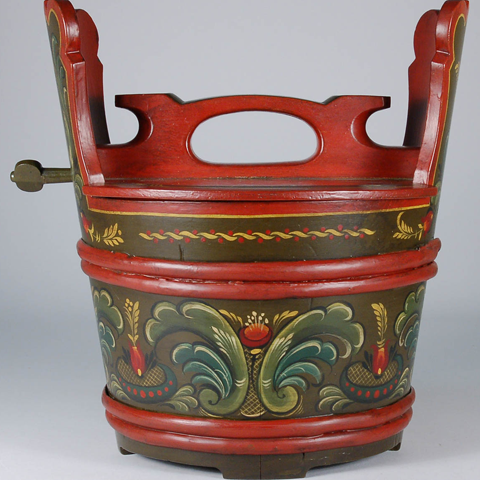 I started rosemaling in 1945. Most people, including myself, had never heard the word. When I was eight years old, my aunt brought me a small chest from Norway, which I loved and treasured. It was from that chest about 35 years later I took the design and made a plate. My husband was a doctor and had many Norwegian patients who were kind enough to bring their rosemaling treasures from Norway for me to see. Also, a Norwegian lady, Mary Horne, who had taken lessons in Norway, called one day saying she was interested in rosemaling and would like to see me. I learned a lot from her. She was especially good at designing and her lines were so perfect.