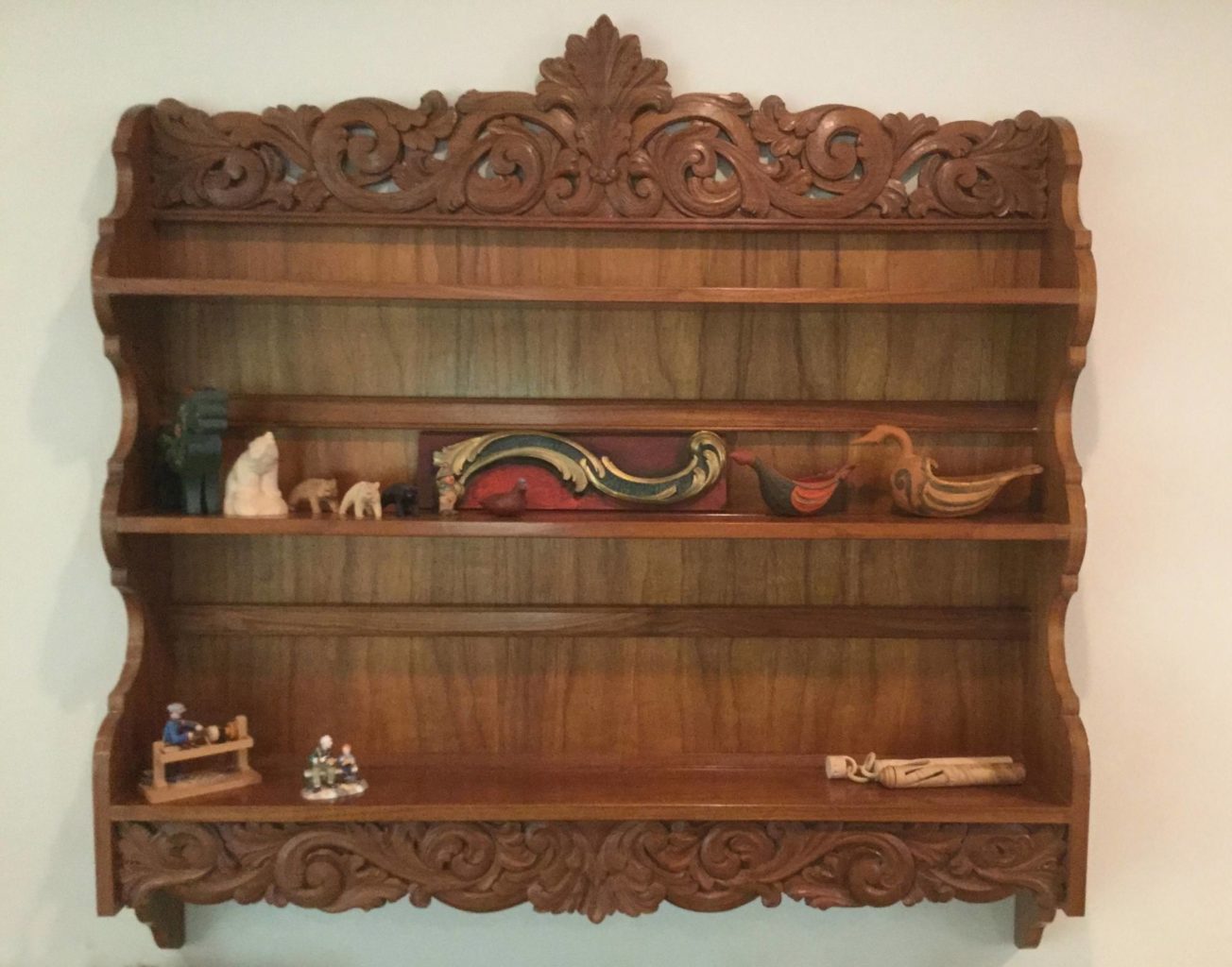 I have always had an interest in carving since I was a young boy. To answer the question of whether or not Norwegian folk art speaks to my identity, it both does and does not. I do appreciate good art and it does not necessarily have to be Norwegian folk art. My uncle Sigurd Sandom was the carver in our family in Norway. I was exposed to his carvings as a boy, but, at that time, there was no money for tools. All I had was a knife. I started carving a bit when I came to the U.S. as a hobby and then I met Leif Melgaard. Leif’s carving inspired me to get more involved and he was also a very good mentor. I also read Johan Amrud’s book and met him in Norway several times.