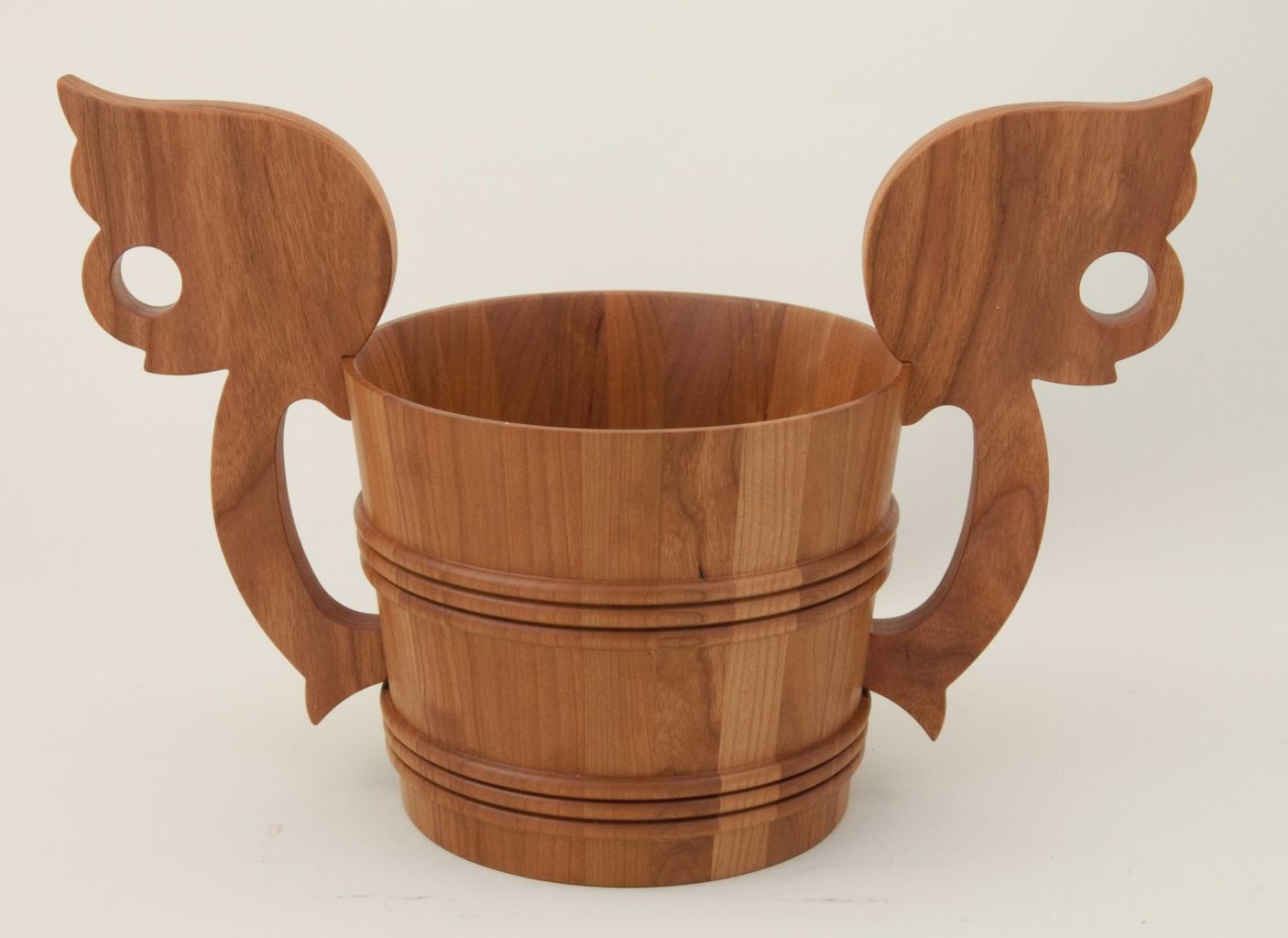 I had been doing a little woodworking when, in 1999, my sister Joanne MacVey came for a visit. She challenged me to try to make an ambar. After much experimenting I presented my ambar and received her seal of approval. At that point a whole new world opened to me. Although I am not of Norwegian heritage, I admired the beauty and skill of the work. I studied pieces at Vesterheim Museum and also museums in Norway. I wanted to keep my pieces as authentic as possible.

I entered the National Exhibition of Folk Art in the Norwegian Tradition at Vesterheim for the first time in 2005. This was not an ambar, but a replica of the Borgund Stave Church. I received a White Ribbon and People’s Choice Award that year. After that my entries were either ale cups or ambars. I received my Gold Medal in 2013.