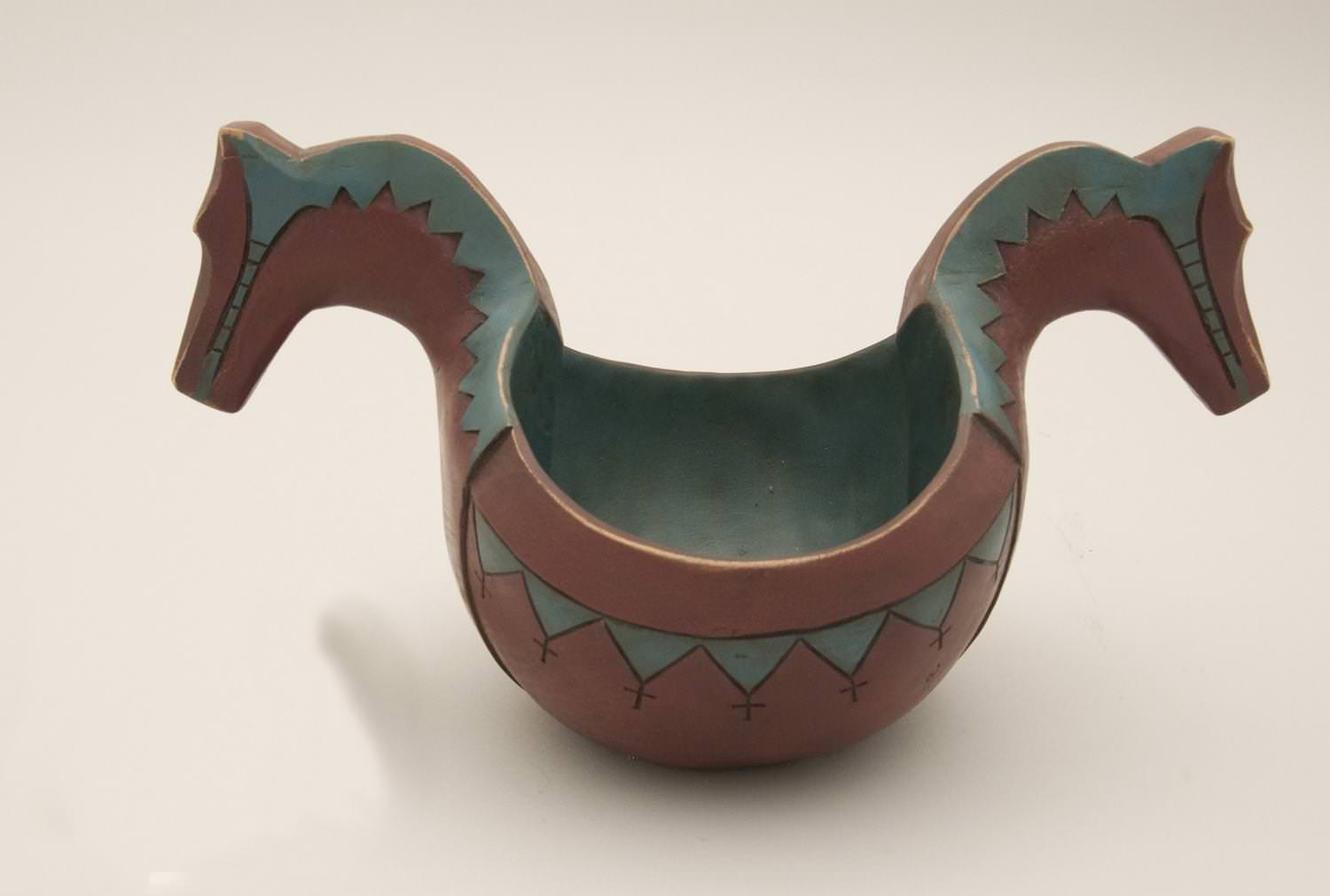 First of all, I should say, my twin Arvid and I are equals, as we have worked together our whole lives as building contractors, which our father had also been. Due to his health, we took over at an early age. We still live on the farm our parents built, in which we have lived since age two.

We grew up in a close Norwegian extended family, speaking both Norwegian and English, which has been an asset, especially when traveling in Norway. We have visited Norway seven times.

We have always had a strong interest in our heritage—31 times at Høstfest in Minot, N.D.; Nordic Fest in Decorah, Iowa; and Hjemkomst in Moorhead, Minn.

We have had a strong interest in folk art, which had a big boost when Robert Asp’s Viking ship came out of the potato house in Hawley, Minn.

How we got into carving? A long story. Han Ola of Han Per (cartoons in Decorah Posten) are responsible for getting us to our first carving class at Vesterheim and it grew from there.

We have one sister Jeanine who has a Gold Medal in weaving from Vesterheim.

We have a Norwegian room attached to our house, set up as they lived in one room in 1700s in Norway. It is furnished with replica furniture built by us and painted mostly by rosemaler Karen Jenson. This room also has a huldra bed.

The first year we went to country school, in a one room schoolhouse, we only spoke Norwegian and the teacher thought as twins we had our own language, but it was only Norwegian! I think that first year all we did was draw houses and animals.

We have never had any formal training in Norwegian, but are self-taught and can read and write it. We graduated from Twin Valley High School.

Most of the figure carving I have done has been based on historic Norwegian caricature.

We started helping with building at age 12, so you can say we have worked with wood all our lives.

I did have two pieces in the Vesterheim traveling exhibit, Migration of a Traditionwith a little biography by Marion Nelson.

My twin brother and I have been self-employed as building contractors for over 50 years. The last 20 years I have built reproductions, as a hobby, of old Scandinavian pieces, like cabinets, Swedish mora clocks, beds, Norwegian floor clocks, etc., which have been mostly painted by Karen Jenson.

In 1993 or so, we were interviewed by Garrison Keillor at Vesterheim’s Jacobson Farmstead for CBS Sports and the Lillehammer Winter Olympics. The clip was never televised, thanks to the two feuding ice skaters, but the video is in the Vesterheim archives.