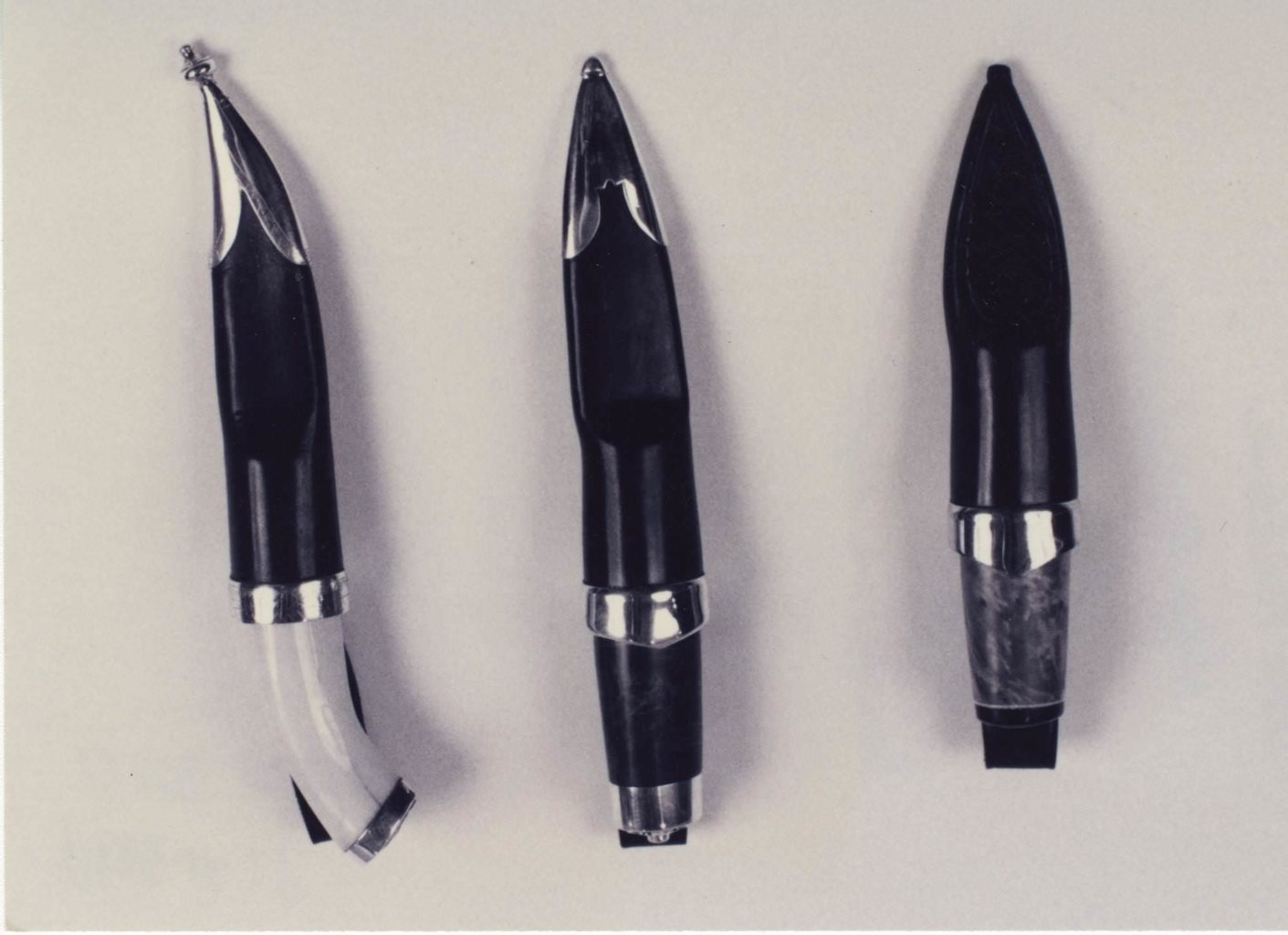 Early in my career as a studio potter I worked with Franz Pichter and Karen Jenson, local artist friends. Both of them thought highly of Marion Nelson and Vesterheim Museum. I studied Norwegian woodturning, adding horseheads and Scandinavian elements to my pottery. In 1983, I demonstrated at Vesterheim during Nordic Fest—a turning point in my career. The museum collections and community became important to my development as an artist.

Both sets of grandparents were Norwegian immigrants to Iowa. This area of southwest Minnesota where I was born and live now has a strong Norwegian-American presence.

When I took Håvard Bergland’s knife class in 1986 I was excited to work with wood, leather, and metal at a demanding level of craftsmanship.

I use the finest materials available in both my own work and for my classes—hand-smithed blades and birch burl from Norway, the best Italian leather for sheaths, and silver and brass for the metal work.

There was immediate regional interest in our Norwegian folk-art-inspired pottery. Vesterheim has been the most important influence on my work, both for the quality of its museum collection and classes, and for its international exhibits that include Tokheim Stoneware.

Håvard Bergland was a big influence, with strong simple personal style and excellent knifemaking text book. In 1989, in Norway I studied at the Telemark Folk Academy with Leif Jamtveit. His work was similar to the knives of historical significance that I studied in books from the 1700-1800s. Olav Mortensen has a very similar vision and is also a very fine teacher.

Traditional designs require a high level of hand skills. I think that after learning to do traditional designs, it is possible to do very good contemporary designs. One has to be able to see how the knifemakers from the 1700s did what they did, a mind-boggling accomplishment.