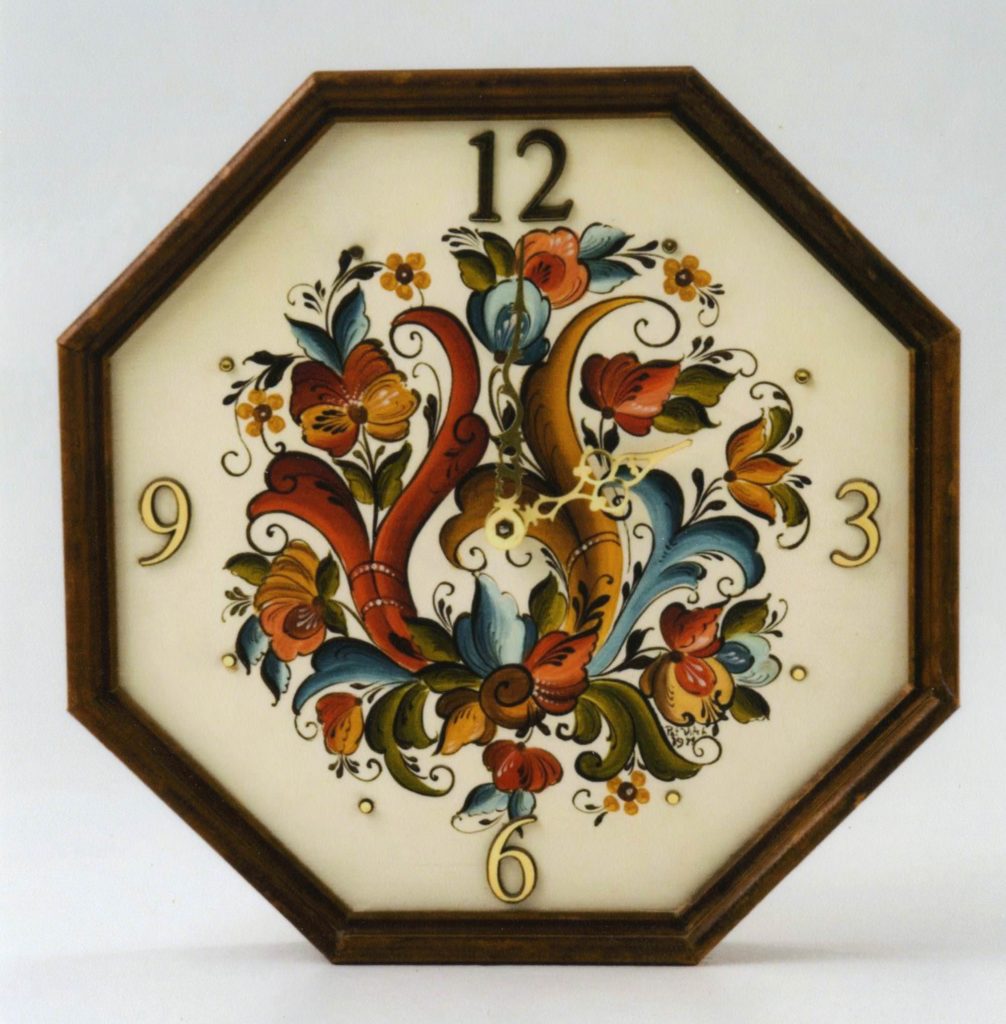 Pat Virch became interested in Norwegian rosemaling in 1960, when, as a young mother at a home extension meeting, she saw a large white plate decorated with bright colorful flowers in the style of Per Lysne. She enrolled in night classes in the Marinetter, Wisconsin, high school, and then studied with Violet Christopherson in her studio the next year.

Upon relocating to Marquette, Michigan, in the winter of 1963, Pat discovered that there were no rosemaling teachers in the area and that she would need to develop her own expertise. She traveled to study historic rosemaling collections including that of the Vesterheim Museum where she received encouragement of Dr. Marion Nelson.

Between 1967 and 1970, Pat studied painting with Sigmund Aarseth and Nils Ellingsgard at Vesterheim and adopted their emphasis on authentic interpretations of the traditions of the painting done during the 17th and 18th centuries. In the National Exhibition Pat’s work received five awards for design and skill between 1968 through 1974, including the Vesterheim Gold Medal in 1974.

For over 20 years, Pat maintained an active teaching schedule in her home studio and traveled widely to teach rosemaling throughout North America, teaching thousands of decorative painters. During the 1980s, Pat and her husband, Niron, also conducted Folk Art Adventure Tours to Scandinavia. They were able to include visits to their Norwegian grandparents birth homesteads.

Pat is now retired from active teaching, but she and Niron continue to manage their woodenware and rosemaling supply business from their home. Over the years they have proudly acquired a small collection of painted chests owned by family members who immigrated to Wisconsin from Norway in the 1800s. Now at age 83, Pat is happy to say that she continues to paint often, doing special requests and getting much satisfaction on return.