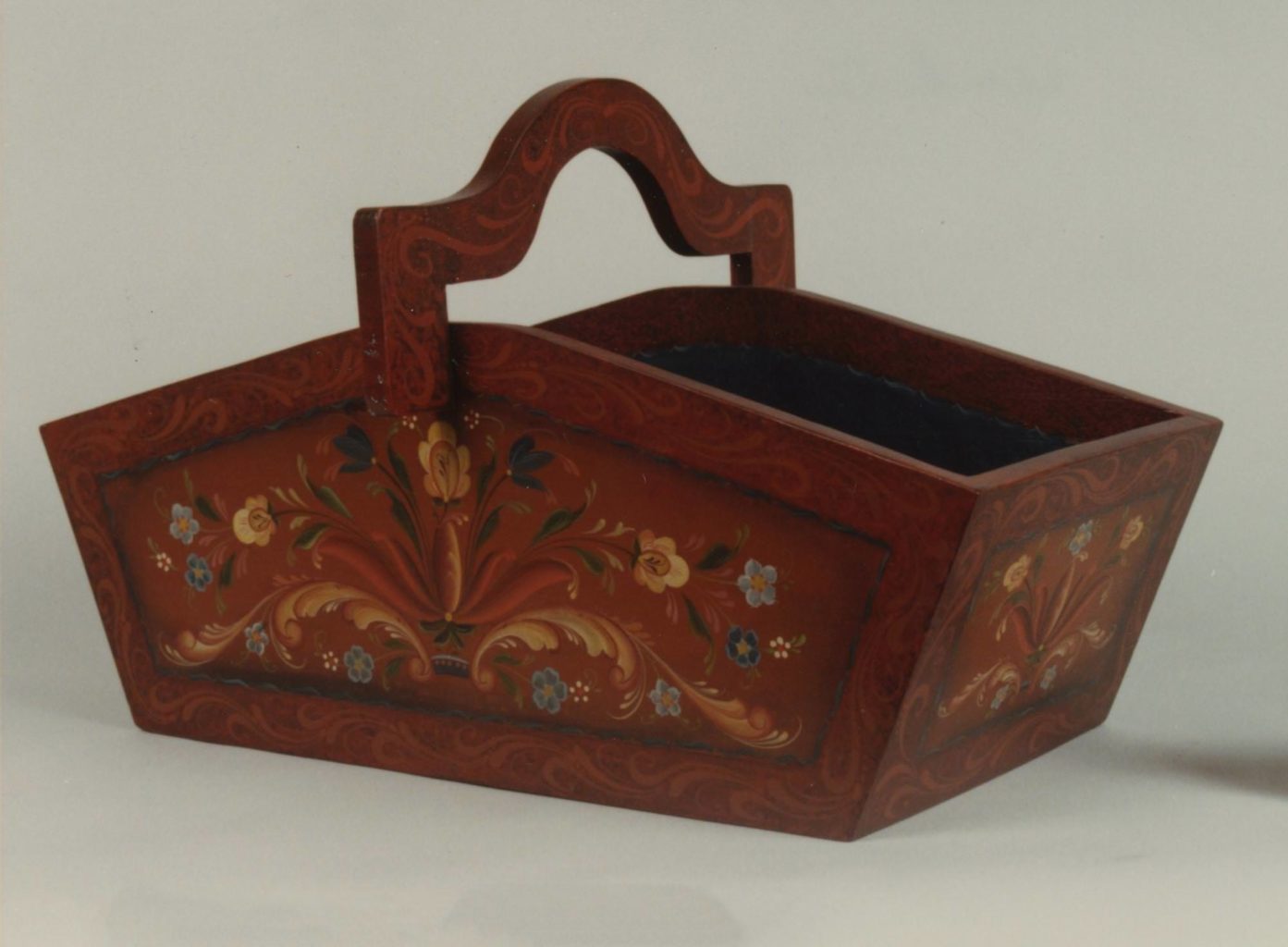 Jurene specializes in Norwegian rosemaling and earned her Gold Medal in 2002. She has taught “folk art from around the world” in the adult ed system in La Mesa. Jurene has taught rosemaling since 1979. In 1987 she founded the California Rosemalers Association. She travels, teaches, and has written Shared Moments and Script and Stroke, plus numerous articles for magazines such as Tole World, Artist’s Journal, and Decorative Painter. She has painted pieces in the Smithsonian Institution as well as the White House.

Some of her wood pieces are made by Richard, her husband and business partner.

Jurene hopes you enjoy her work as much as she enjoyed painting it.