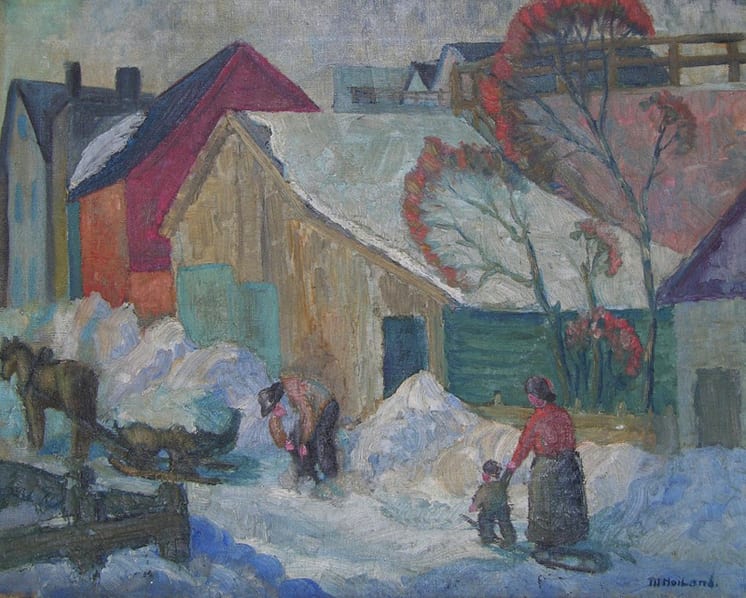 Michael Hoiland was born in Egersund, Norway in 1901. He began his art training in Stavanger, Norway where he learned to make stained glass windows. In 1926, he emigrated to Chicago and continued his training at the Chicago Art Institute. He worked and lived in the Chicago area until he moved to Brooklyn, New York in the 1930s. He was part of the Norwegian Art and Craft Club of Brooklyn. Hoiland died in 1994.

An artist’s note that accompanies the painting states, “This alley was near North and California Avenues in Chicago. There was something rustic and picturesque about these alley houses. The horse and sled, the man, woman and child, and the fence were put in to give the painting some interest.“