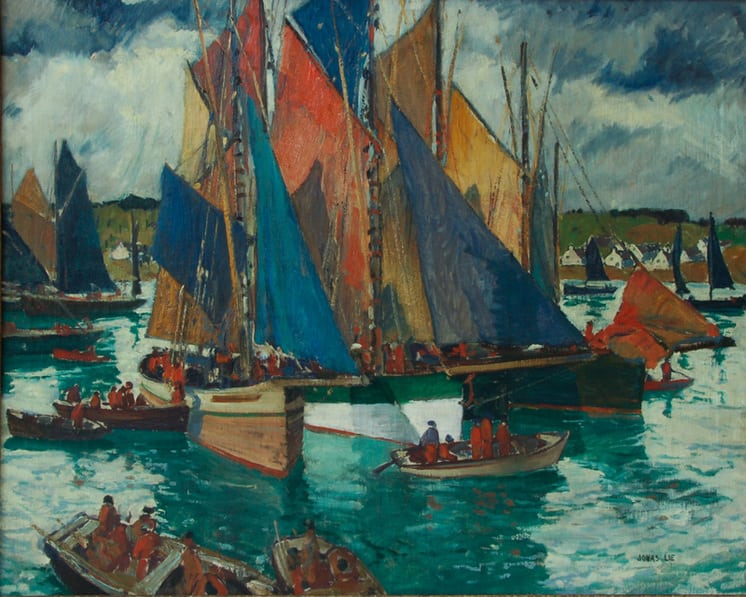 Lie was painting in Brittany in 1929. Concarneau is a town on the coast of France which is known for its annual August celebration Fête des Filets Bleus (Festival of the Blue Nets), which is named after the traditional blue nets of Concarneau’s fishing fleet.