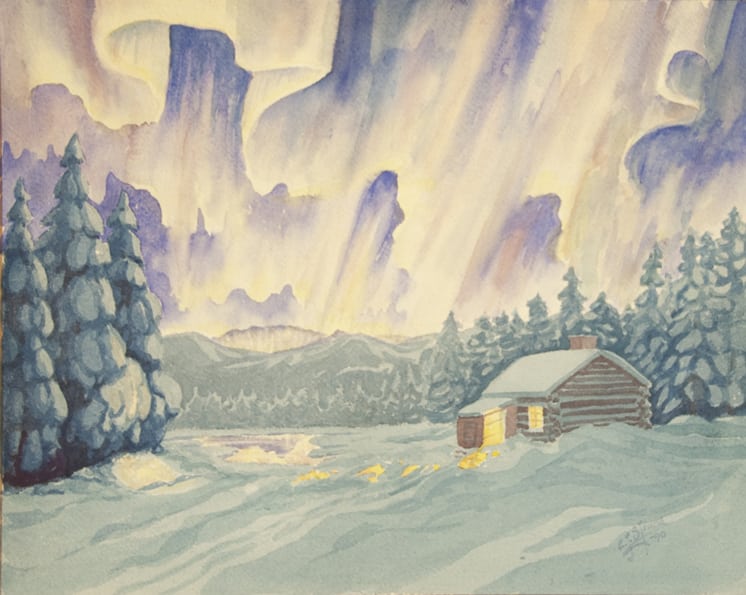 Carl J. Strand, was born in 1887 in Trondheim, Norway. He emigrated to the United States when he was 14, but he frequently moved back-and-forth between the States and Scandinavia. His earliest art training appears to have been in Sweden and it was there that he met his wife Leila. He continued his art training at the Chicago Academy of Art, the Kansas City Art Institute, and the Watercolor School of Maine. He was active in both the Brooklyn, New York and Chicago Norwegian art circles. He was a member of Chicago Norske Klub and exhibited there frequently between 1927 and 1947. Strand was skilled at working with watercolor and oil paints. He and his wife Leila, who was also an artist, frequently traveled and painted together.