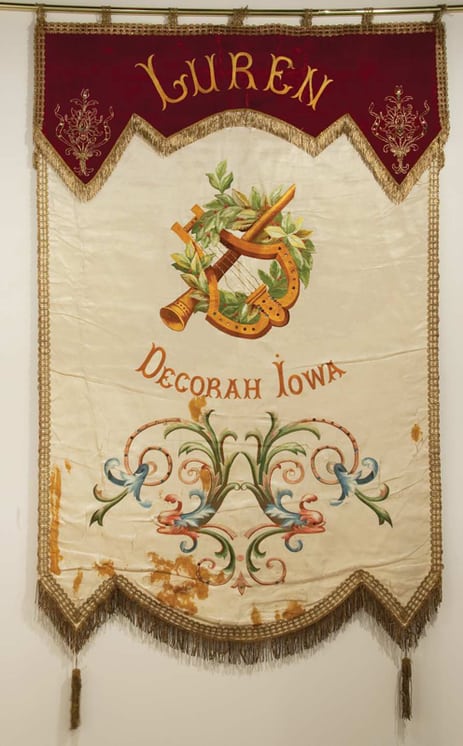 
This banner, from the Luren Singing Society of Decorah, IA, was made by the Fjelde Sisters. The Fjelde Sisters, Pauline Fjelde and Thomane Fjelde Hansen, were both accomplished textile artisans and are best known as the makers of the first Minnesota flag.

The Luren Singing Society, which is North-America’s oldest male singing society, was formed in 1868. The group, which was started by four homesick men, is now comprised of over 60 voices.

The front of the banner has the Lauren emblem of the horn, harp, and acanthus-type scrolling. The back features the inscription, “Presented by Friends of Luren. I sang vi forenet staa. (In song we stand united.) Organized March 17th, 1868.”