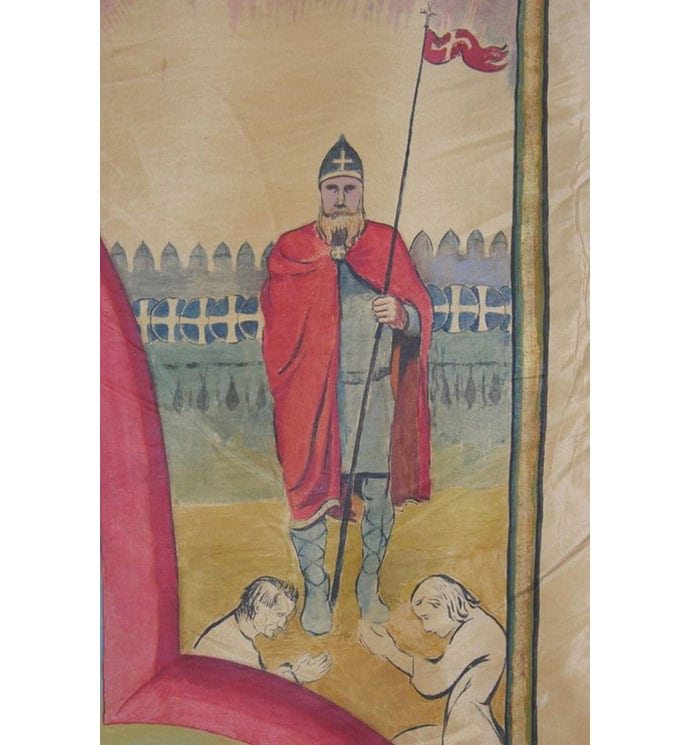 This hand-painted and embroidered parade banner, made by Tidemand Gjorud in 1923, was given by the Valdres Ungdomslaget to the Valdres Samband when they were in Norway to celabrate the 900th anniversary of Christianity. The Valdres Samaband is a group of descendants of immigrants to the U.S. and Canada from the Valdres region of Norway.

The front of the banner features the Hedal stave church, the Vang and Einang runestones, King Olav, and Valdres homes in flames which commemorates the homesteads that were burned by King Olav for refusing Christianity. The inscription on the front reads, Du er vårt Valdres (You are our Valdres).

The back of the banner is primarily a pink background with the inscription, til frendar fra Valdres (To Kinsmen from Valdres).