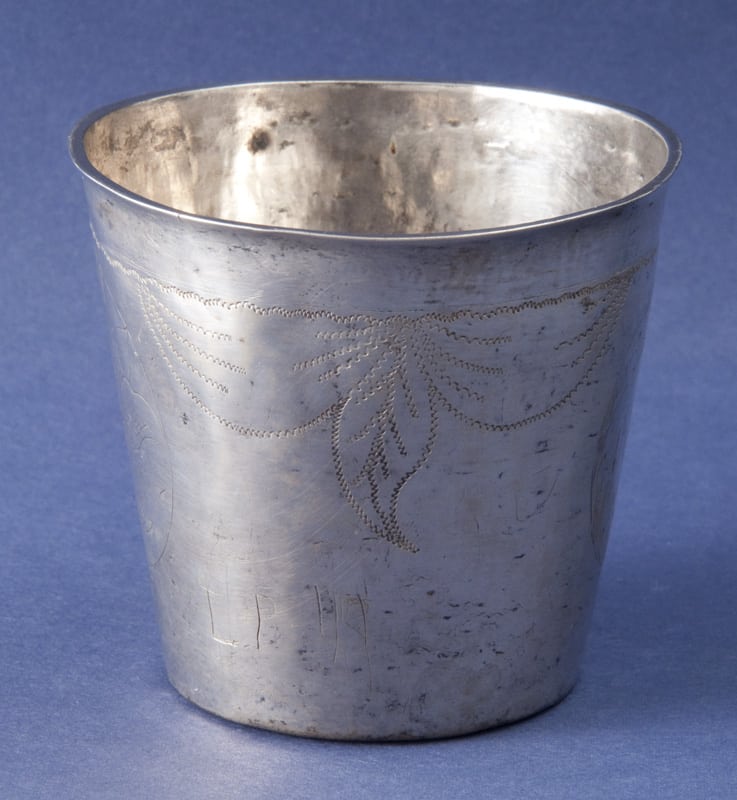 This beaker was fashioned from one piece of metal. It has an engraved design of two medallions, one a flower and the other a mandala, that are connected by swags with a large drooping central leaf.

The beaker was made by Michael Hansen Blytt, who became a master goldsmith in Bergen in 1742 and was active until 1794.