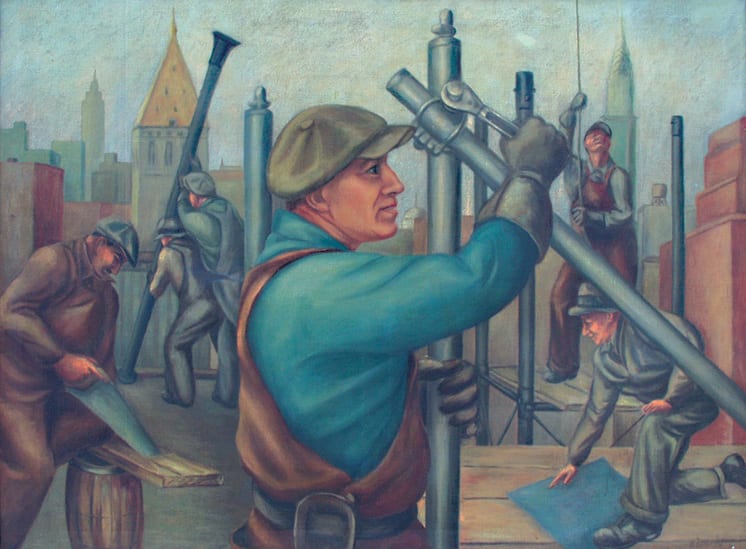 The artist’s note that accompanies this painting states, “Myself, center, and men I worked with.  From left to right: Charlie Anderson, a carpenter; B. Berntsen, and Christian Johnsen raising a sidewalk bridge column. I appear again in the hoist tower pulling the rope. Christian came from Moss, Norway, and was an iron worker from Local 361, Brooklyn, New York. He was going to retire at the same time I did. He had bought a ticket for a trip to Moss. But it was not to be. He fell 45 floors to his death in a hoist tower of the same type you see in this painting. The last man is Jimmy Thinker, a foreman, kneeling and reading the blueprint. He came from London, England.”