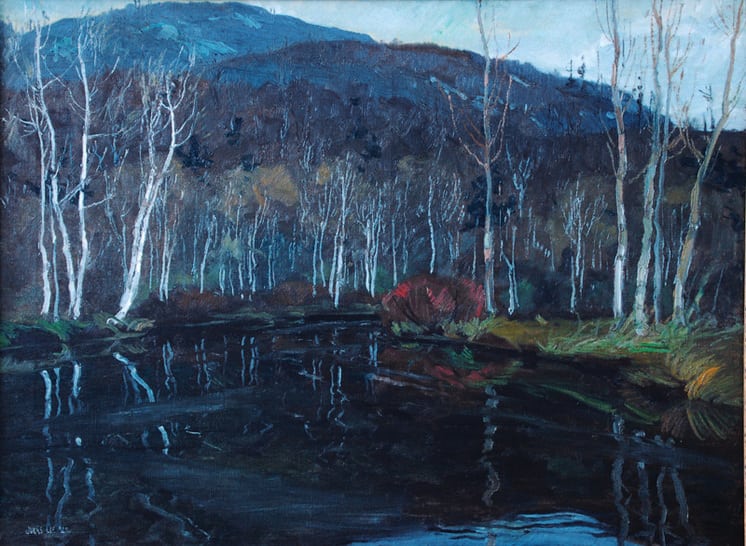 Lie purchased a cottage at Saranac Lake, in the Adirondack Mountains in upstate New York, and it is possible this painting is of that spot.