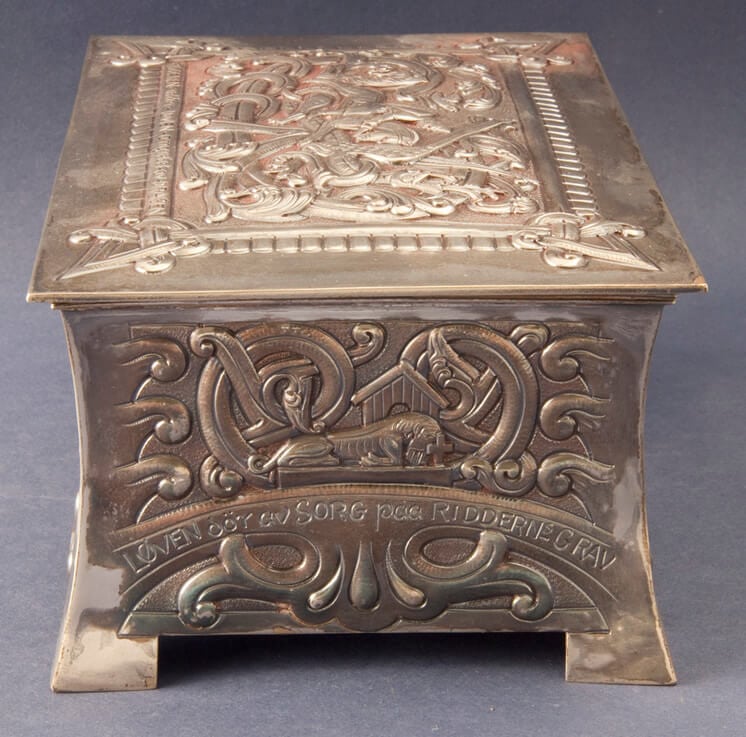 The Viking ship excavations around the Oslo Fjord in the 1880s and 1890s started a revival of interest in motifs from Viking times that found expression in silver as well as in other media. The fine repoussé and chased designs on this sterling silver box replicate Viking saga motifs from the church door at Vallhjovstad, that dates to 1200. The inscriptions can be translated, “The knight rescues the lion from the dragon. The lion thankfully accompanies the knight. The lion dies of sorrow on the Knight’s grave.”

Betram Møller made this piece in Trondheim around 1900. Møller was famous for his use of medieval ornamentation in silver.