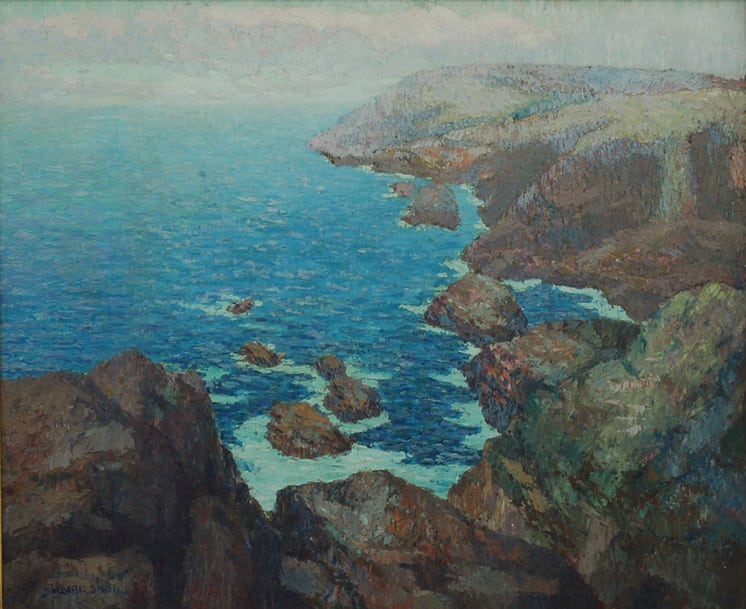 Sigurd Schou was born in Fredrikshald (Halden), Norway in 1875. He studied art in Stockholm and Paris. He emigrated to the United States in 1893, settling first in New York, and then moving on to Chicago. He was employed as an illustrator and is best known for his portraits of fishermen. Schou died in France in 1929.