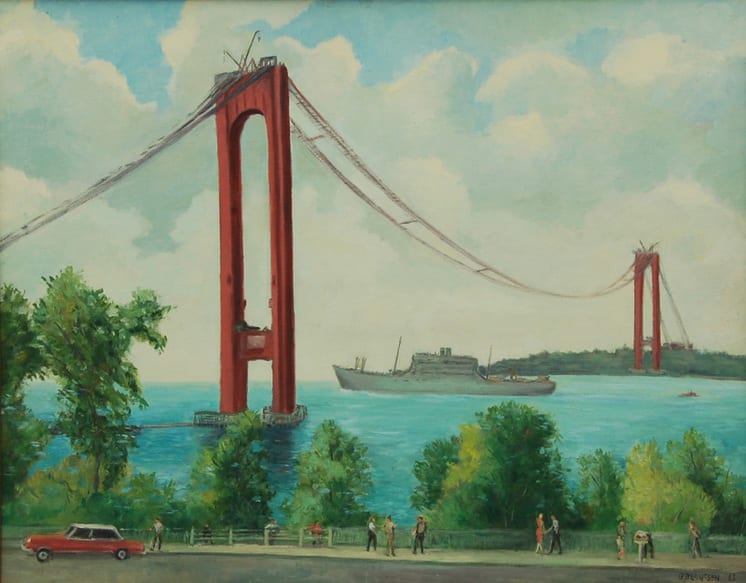 A note written by the artist states, “I lived near by and did several paintings of [the bridge] during the construction. Most of the Tran workers on this job belong to Local 361 in Brooklyn NY where I have now been a member for 50 years. I have 8 mm film from this job. You can imagine how I was feeling, seeing a ship with the Norwegian Flag aft, steaming out through the Narrows.  Probably heading for Norway and me homesick. Tears and Linseed Oil, don’t mix.”

An inscription on the back of the painting states, “Construction of Verrazzano Bridge connecting Brooklyn and Staten Island, NY. For Vesterheim. Bernhard Berntsen 82.“