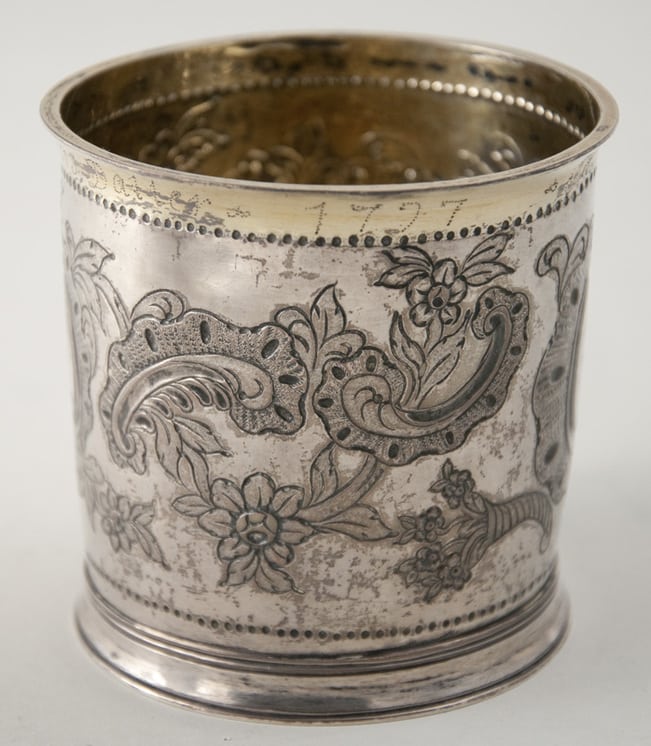 This cup has a gold wash in the interior and around the outflared rim. There is an elaborate rococo decoration around the body.

The cup was inherited by the donor from her father, Kristian Prestgard, who came to the United States in 1893 to cover the Chicago Exposition for Norwegian newspapers. He went from there to Minneapolis, then to La Crosse, Wisconsin, and eventually settled in Decorah, Iowa where he worked for the Norwegian language newspaper, Decorah Posten for about 50 years.

The marks on the bottom indicate that it was made by Jacob Steen. Steen was known for using the same year on his stamp for a number of years instead of updating it annually.

Inscription: 1797 Thørger Pedersen Kari Iversdatter (punched around the rim) and YHDK (scratched into the base)