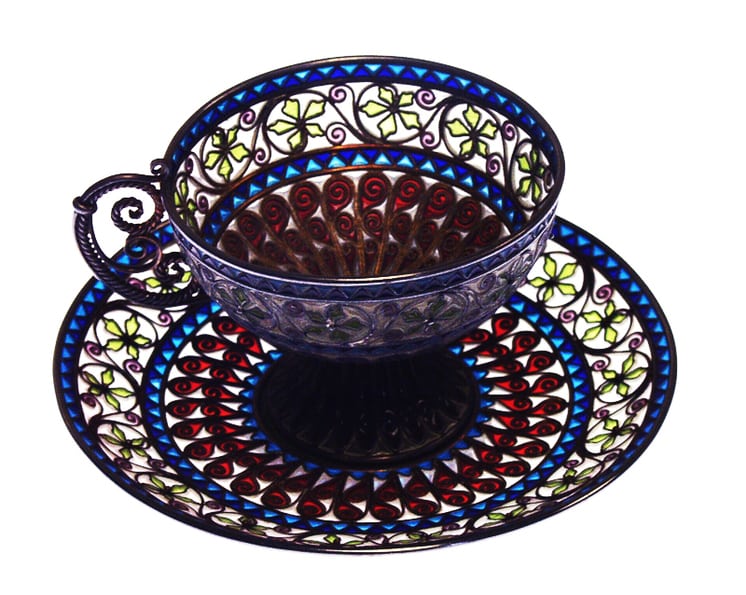 This tea cup and saucer were made using the plique à jour technique, which is similar cloisonné, but does not have a backing in the final product which allows light to shine through. The technique, which is considered to be very difficult and with a high failure rate, was popular in France in the 1860s and in Norway at the turn of the twentieth century. This set was made by Marius Lauritz Hammer. Hammer, who was a third generation goldsmith, had one of the largest jewelry shops in Bergen, Norway, in the early 1900s. However, the success of the company declined rapidly after World War I and it went bankrupt in 1930.