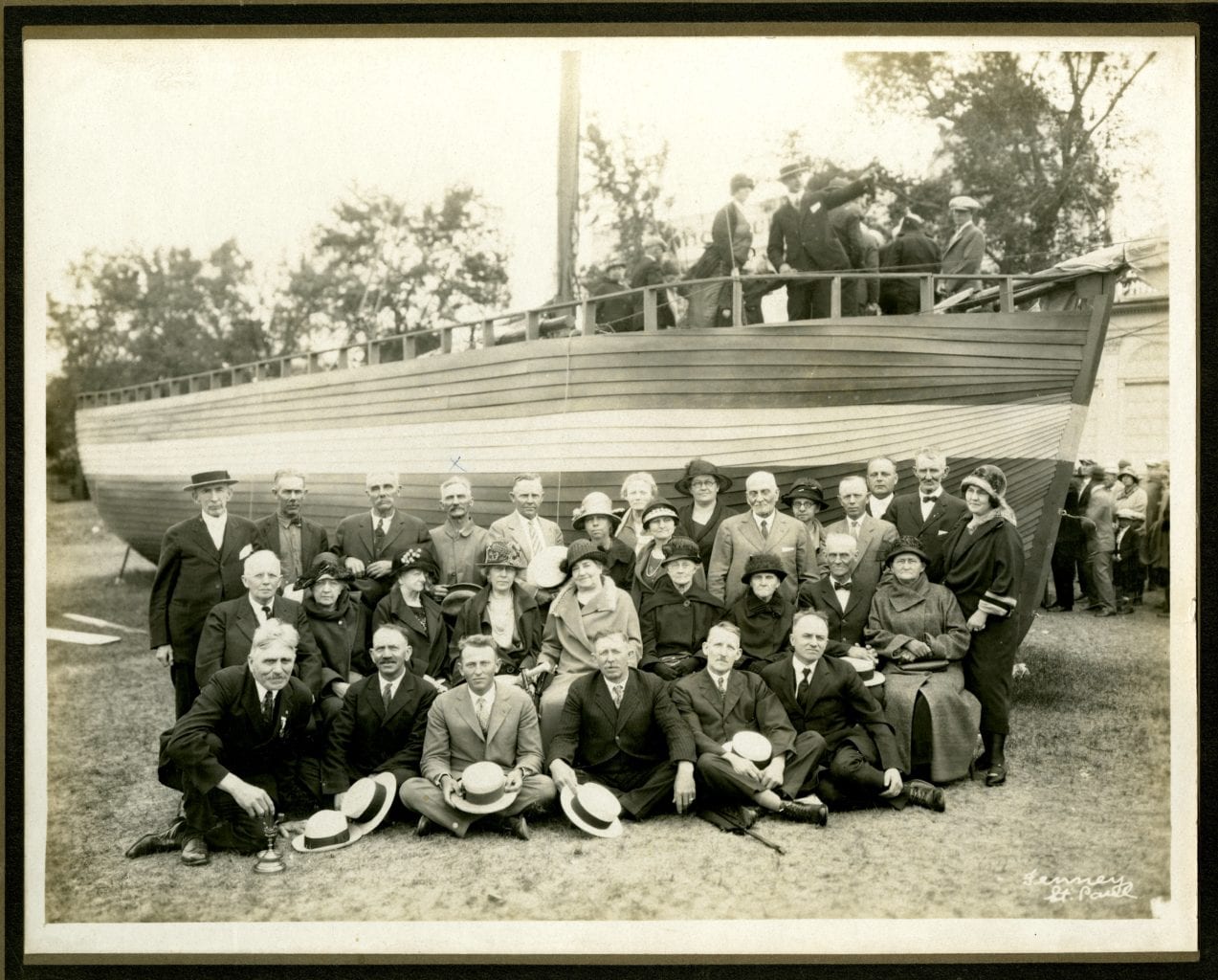 Descendants of the Sloopers at the Norse-American Centennial

The Norse-American Centennial, held in Minneapolis, Minnesota in early June 1925, was a celebration marking the centennial of Norwegian immigration to America. Descendants of the Sloopers, the first organized group of Norwegian immigrants to the United States in 1825, posed in front of a replica of the Restauration, the small ship that carried their ancestors on the three month voyage across the Atlantic Ocean.