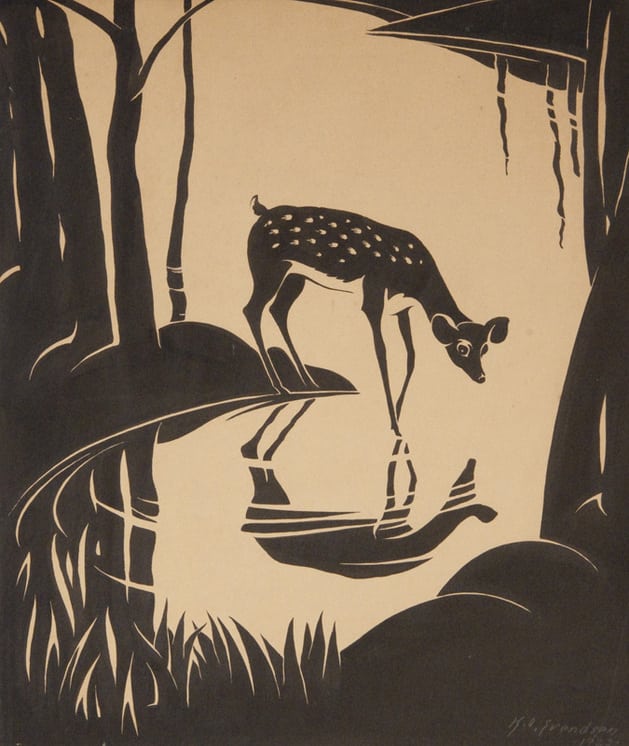 Knute Svendsen was born in Oslo, Norway on May 17, 1891. His family emigrated to Massachusetts in the early 1900s. He worked in many media, but around 1920 began working in stained glass. In 1943, he became the chief designer for the Charles J. Connick Stained Glass Association in Boston, designing stained glass windows for churches, cathedrals libraries, and other institutions around the world. He continued to work there until 1963. Svendsen died in Norwood, MA in 1982.

“Bambi orginals” is written on the back of this drawing.