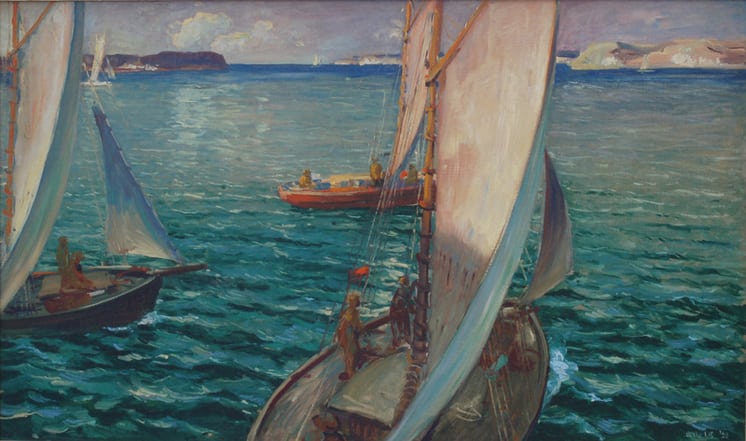 This painting was part of the exhibit, Norsk i America, at Maihaugen in Lillehammer, Norway, in 1989.