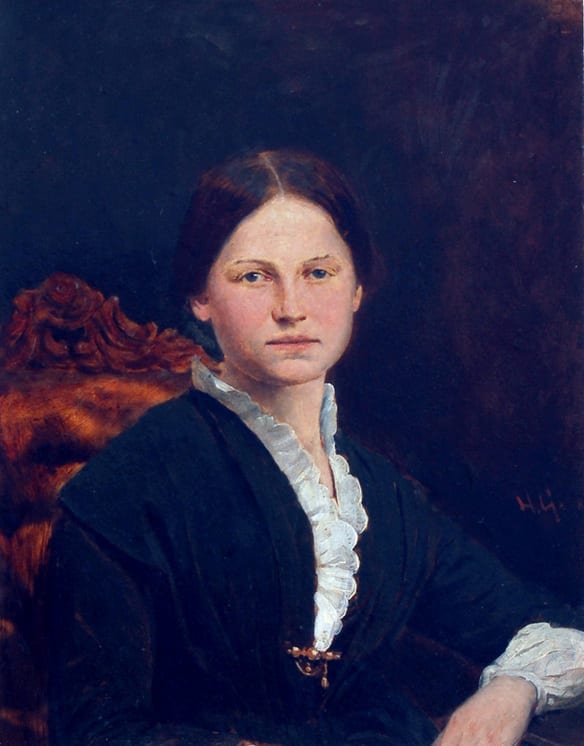 Elisabeth Koren was the wife of U.V. Koren, one of the first Norwegian Lutheran pastors west of the Mississippi. The Korens settled near Decoarh, Iowa, in 1853. Elisabeth’s diary, which has been published and is available at Vesterheim’s Museum Store, describes her everyday life in nineteenth-century Iowa and memories of Norway. Gausta lived with the Korens at the Washington Prairie parsonage for some time, and while there painted on interior walls of the house and out-buildings.