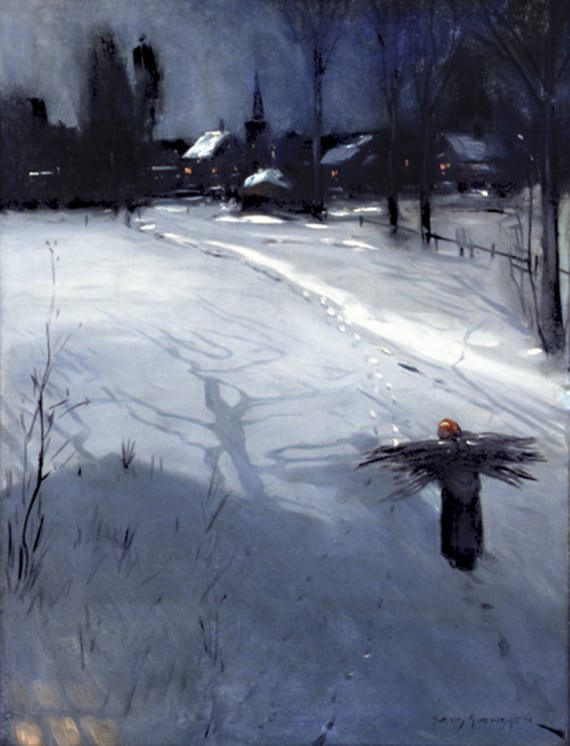 Svend Svendsen was born in Oslo, Norway in1864. He emigrated to Chicago in 1881. He was primarily a self-taught artist who was known for his snow scenes, which often have a red glow of light. A news article in 1934 reported that Svendsen had died. The artist, who had been sick but was still alive, borrowed Mark Twain’s famous comment and wrote a retort, “The reports of my death are greatly exaggerated.” Svendsen died in 1945.

Vesterheim has 26 pieces by Svendsen, most of them oil paintings