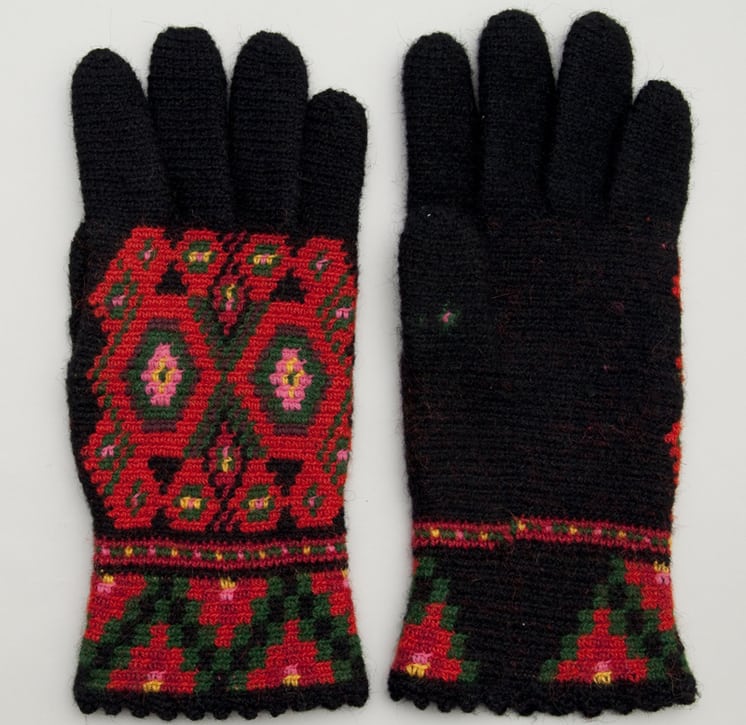 These women’s gloves were crocheted  by Mrs. Berit Rustland, who lived in Flesberg, Numedal Valley, Norway, when she was 74 years old. She used a six-strand crocheted technique, carrying all colors along. Rustland had learned the technique from her mother who also used it to make wrist (pulse) warmers and men’s suspenders. Typically, this technique is used in Denmark where it is known as bosnisk hekling and is done with only three colors of yarn.