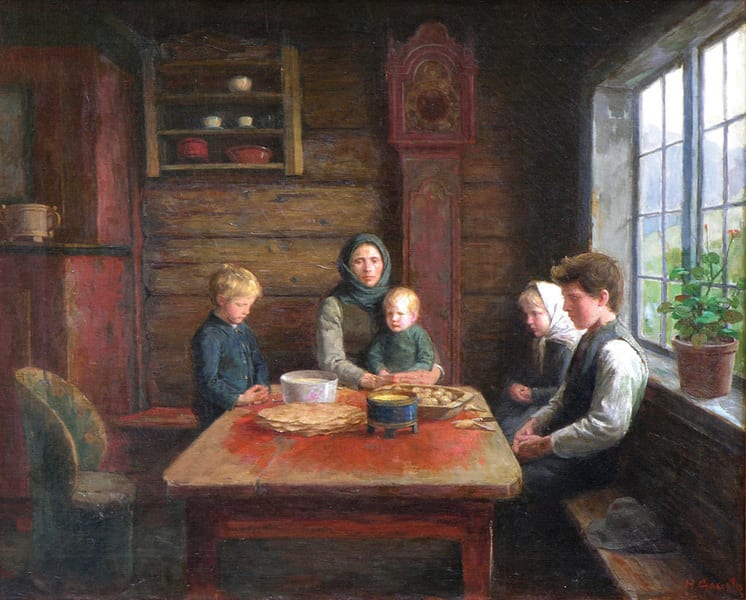 Grace Before the Meal

This poignant scene features the interior of a Norwegian home. The empty chair is taken to refer to a father who has gone to America, while the family waits for him to send funds so they can join him.

Vesterheim has 52 artworks by Gausta, as well as a large number of photographs taken as studies for paintings.