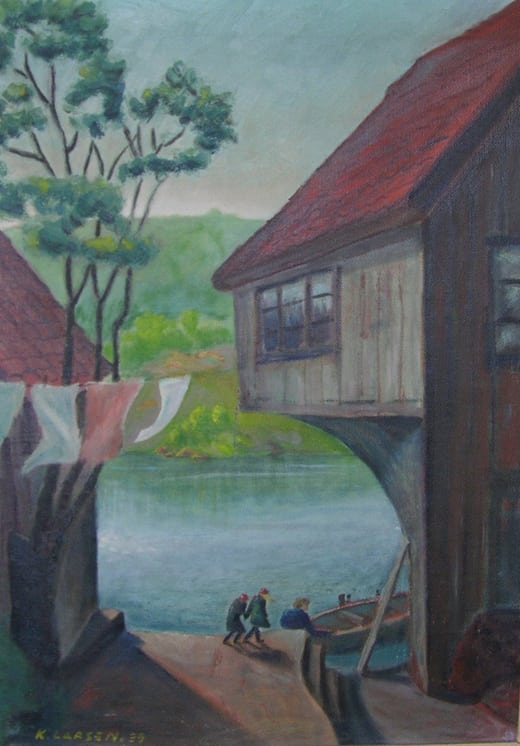 House on the River

Karl Larsen was born in New York in 1908 to Norwegian immigrant parents. He went to Norway to study at the Oslo School of Arts. In 1940, he returned to Brooklyn, New York and was employed as a foreman at a shipyard. He continued to paint, and eventually became the first president of the Norwegian Art and Craft Club of Brooklyn. Larsen died in 2004.